What a Trump presidency could mean for LGBT Americans 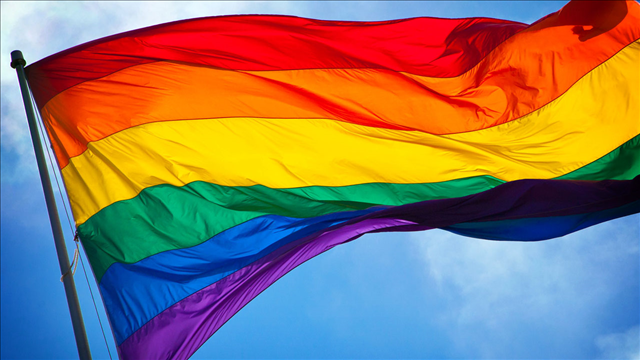 (CNN) -- The election of Donald Trump and running mate Mike Pence set off panic in gay, lesbian, bisexual and transgender communities across the country, as people worried which of their divisive campaign promises would come true.

Would the President-elect make good on his pledge to repeal the Affordable Care Act, which protects transgender people from discrimination in accessing health care? Will he appoint conservative judges to the US Supreme Court who could roll back marriage equality and other civil rights? Will Pence's long-ago support for so-called "conversion therapy" translate to a directive for LGBT youth?

Despite being regarded by some as one of the most "pro-LGBT" Republican presidential nominees ever, who expressed sympathy for the LGBT community after the Orlando nightclub shooting, critics say his conservative advisers -- Pence included -- and the Republican party's anti-LGBT platform are a threat to the progress made during the Obama administration's legacy.

Spokespeople for Trump and Pence did not return requests for comment.

The Human Rights Campaign, which also supported Clinton, held a Facebook Live broadcast on Thursday to address some of the concerns. Here's what their experts and others from national LGBT groups had to say.

Is this the end of same-sex marriage?

Many same-sex couples worry that their marriages could be invalidated in Trump's America, or that if things are getting serious they better hurry up and make it official before their right to tie the knot disappears.

Neither the President nor Congress can take away what the Supreme Court has deemed a "fundamental right," leaving current marriages safe, multiple legal experts said.

While Trump does not have the right to unilaterally scrap marriage equality, he has the power to appoint Supreme Court justices who could.

So far, judicial conservatives are said to be very pleased with his potential nominees. But it would take a long time for the court to repeal marriage equality -- if they decide to, Tiven said. Regardless of who replaces Justice Antonin Scalia, the five Supreme Court justices who ushered in marriage equality will remain. The jurists that replace them could be the ones that bring change.

By then, though, advocates are optimistic that society will have adjusted to the idea and let it be.

"People's hearts and minds have changed," HRC legal director Sarah Warbelow said. "We've had rights rolled back but it is rare."

What about same-sex adoption?

Gay and lesbian parents are worried that their parental rights could be in jeopardy, especially for the non-biological parent.

Even if that person's name is on the child's birth certificate, experts say it's best to adopt the child.

Also called a second parent adoption, it's a court order that says as a legal matter the adult is a parent, said Jennifer C. Pizer, senior counsel and law and policy director of Lambda Legal.

"Court judgments are recognized from state to state as a constitutional rule so even if federal law changes you're a parent of the child," she said.

Does this mean more 'bathroom bills'?

North Carolina's controversial HB 2 got most of the attention, but 2016 brought similar proposals to regulate bathroom access for transgender people across the country. Advocacy groups fully expected the ball to keep rolling regardless of who captured the presidency.

"It was clear in 2016 that we saw an upswing in anti-trans legislation, more than we'd ever seen before," said Transgender Law Center Executive Director Kris Hayashi. "We anticipated that was not going to lessen but increase in 2017."

In response, advocacy groups have been training across the country for more legislative battles, he said.

"What is needed in this moment is for transgender leaders to continue the work we've been doing advocating and organizing for our rights."

What about transgender students?

The Obama administration's recommendation to schools to treat transgender students in accordance with their gender identity drew cheers from advocacy groups and criticism from conservatives, including Pence. Trump said transgender people should be protected under the law but rejected the use of federal law to do so, saying it should be left to the states.

Even if Trump rescinds the Obama administration's guidance, the laws upon which it was based won't change, said David Stacy, Government Affairs Director of HRC.

The directive is largely based on Title IX of the 1972 Education Amendments, which forbids discrimination based on gender. In recent years, trial court and court of appeals decisions have interpreted Title IX to cover sexual orientation and gender identity, too, extending its protections to the LGBT population.

"Schools have an obligation to follow the law whether the guidance is repealed or not," he said. "When it comes to recognizing a name change, or the use of bathroom facilities, under federal law schools have a legal and moral obligation to treat all students with dignity and respect."

Will I lose my Obamacare?

Repealing the Affordable Care Act was a benchmark of Trump's campaign. Of the 20 million Americans covered, about 5% are gay, lesbian, bisexual or transgender, Stacy said.

The Affordable Care Act has a non-discrimination provision that includes gender identity and sexual orientation. It was especially meaningful for transgender people, who often face discrimination when they try to access gender-affirming health care. Taking away Obamacare would mean removing those protections, Stacy said.

But it remains to be seen how Trump would actually do this, leaving groups in a holding pattern for how to respond.

Is conversion therapy going to be legitimized?

As far as we can tell, at no point in the presidential campaign did Vice President-elect Pence talk about supporting conversion therapy, a widely discredited practice that claims to undo homosexuality.

But in his run for Congress in 2000, his campaign website said he endorsed using federal funds to support "those institutions which provide assistance to those seeking to change their sexual behavior."

The position has been widely interpreted as signaling Pence's support for conversion therapy, according to Snopes.com. It got a new life during his run for executive office, leading to panicked calls from LGBT youth who are "terrified" that they'll be forced into conversion therapy, said Pizer of Lambda Legal.

Because the practice has been widely rejected by mental health professionals and outlawed in some states, it's hard to imagine that it could ever gain credibility or become law, Pizer said -- even with the support of an elected official.

"It's up to parents to make lots of decisions for their kids, but mental health professionals know that this type of effort to change who people are is not effective," she said.

Will I still be able to serve in the military?

Though anything could happen, it's "exceedingly unlikely" that Pence's opposition to the repeal of "Don't Ask, Don't Tell" will reverse the decision to let gays and lesbians serve openly in the military, said Warbelow of the HRC.

Transgender service began this year, too, signed off on by the chairs of each military branch, she said.

"Regulations are not easy to undo," she said. "The military leadership of our country feels good about it and all of those people have skills and expertise that our military needs."

Should challenges arise, she reminded people that there will be a notice and comment period for people to raise their voices.

"If you think something is going to affect your future you need to reach out. Even if it's a Republican [lawmaker] they need to hear from constituents."