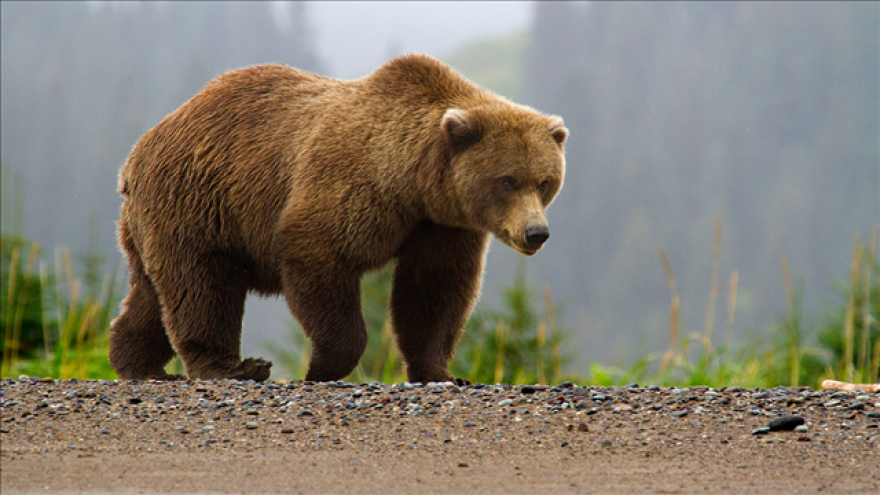 Asheville, NC -- Wildlife biologists with the Urban/Suburban Bear Study payed a visit to a bear den in Asheville to replace the animal's tracking collar. The study is a partnership between the North Carolina Wildlife Resource Commission and N.C. State University.

The female bear and her cubs were asleep in the den on the side of a mountain.

"Bear dens, particularity females with cubs, will generally go in the den around December or January. They will normally have the cubs sometime in January and usually come around first of March," wildlife biologist, Mike Carraway said.

The biologists spent 45 minutes trying to sneak up on the mamma bear, without waking her up.

"The biggest challenge about working in dens is these females are alert. So, we have to be really cautious when we approach them. It can take anywhere from an hour up to three hours when we approach their den," said Colleen Olfenbuttel, a black bear and fur bear biologist for North Carolina.

Once close enough, they were able to tranquilize the bear and begin their field work.

Biologists checked the female's vitals and replaced her collar, so they can continue to tack her movements for the next year.

The study is in it's fourth year, and preliminary findings show the Asheville bear population is healthy and growing.

"Some of the things we have learned from the early findings is bears in the Asheville area seem to be very comfortable around people. They are very healthy and having a lot of cubs. They are finding a lot of good food to eat around town, and they seem to be at home being around people," Carraway said.

The warm weather has sparked some recent bear activity in the city.

"It's usually the males and females with yearlings that are out roaming around in warm weather," Carraway said.

To find out more information on the North Carolina Urban/Suburban Study, you can follow their Facebook page by clicking here.