Wisconsin mother charged after her 4-year-old shot himself 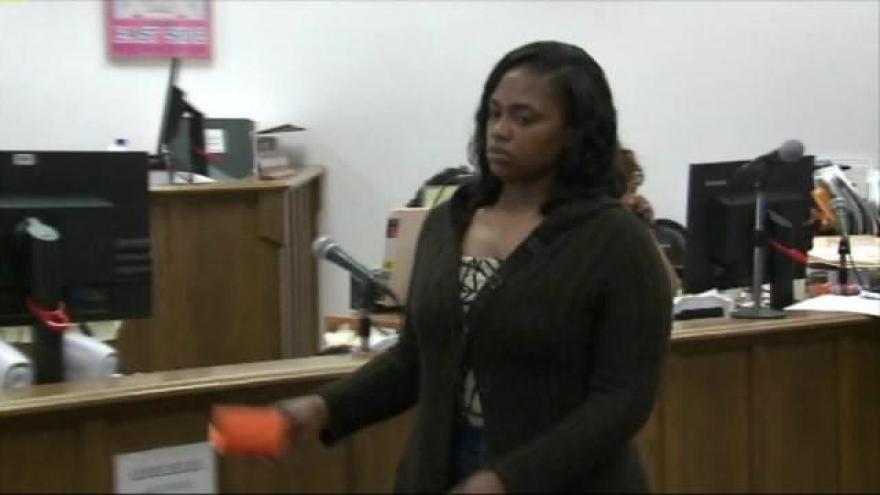 Milwaukee, WI -- Prosecutors say a reckless mistake could cost a Milwaukee mother time behind bars. The 22-year-old woman has been criminally charged after police say her four-year-old son was able to get his hands on her gun, and shot himself.

It happened Sunday, April 2nd near 60th and Hampton.

Ashley Carter now faces one count of child neglect (bodily harm). She was in court for her initial appearance Thursday, April 6th.

According to a criminal complaint, police on Sunday responded to Children's Hospital, where they learned the four-year-old boy had suffered a self-inflicted gunshot wound to his right index finger.

Prosecutors say the child's mother told investigators she "went out" on Saturday night and returned home around 3:00 or 4:00 a.m. on Sunday. Carter said she placed a purse containing a firearm on a couch -- before falling asleep. She said she purchased the firearm in January "for protection." The four-year-old boy, along with his siblings, ages two and three, were also asleep in the same room as Carter.

Carter said she woke up around noon on Sunday, and placed her purse on the floor, before heading to the bathroom. While inside the bathroom, Carter told investigators she heard a "gunshot," and ran back to the living room.

According to the complaint, Carter said she saw her four-year-old son by her purse, bleeding from his hand. The firearm was located in her purse, but on top of all of the purse's contents, as if it had been dropped there.

Carter said she then drove her son to the hospital -- where he had to have surgery. At the time the complaint was filed, it was unclear whether the boy would lose his finger.

Thursday, Carter was ordered to have no unsupervised visit with her children and was released on a signature bond. When FOX6 News stopped by her home after court to hear her side of the story, the person who answered had no comment.

"There's nothing no one is willing to say," said the person at the door.

A Milwaukee mother could now spend years behind bars for a mistake that left her little boy injured and could have been much worse.