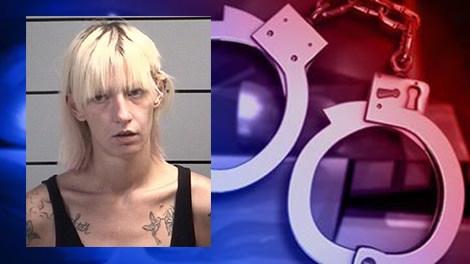 The Elkhart County Prosecutor's Office has filed formal charges against Amanda Nethercutt, who is accused of attempting to drown her daughter on August 13.

According to the probable cause affidavit, officers with the Plymouth Police Department responded to an apartment on Ed Cook Boulevard for a fight in progress/medical call.

When the officers arrived, they spoke with one of the victims, Mary Nethercutt.

The officer noted the child's face and neck were blue, she was shaken and could barely speak, according to the probable cause affidavit.

Officers went to the apartment next door to locate Amanda and she exited the apartment with a knife. Officers told her to drop it. When she didn't, the officers used a taser on her, reports said.

Amanda fell to the floor and dropped the knife, then was handcuffed, reports said.

When EMS arrived, Mary and the child were transported to the hospital.

EMTs examined Amanda and she stated "I wanted to kill myself" after the officer saw small cuts on her wrists, according to court documents.

Amanda was taken to St. Joseph Regional Medical Center by the officer. He said while on the way, Amanda slammed her head in to the cage of the squad car numerous times, according to the probable cause affidavit.

At the hospital, officers spoke with Mary about what happened.

She said she walked into the bathroom earlier and saw Amanda holding the child's head under water, according to the probable cause affidavit.

Mary said she pulled the child out of the bathtub and her face was blue and she was choking. She put the child on her side and the child coughed up water, reports said.

Amanda then pulled a towel rack off the wall and hit Mary in the face and head, according to the probable cause affidavit.

Mary and the child escaped the bathroom and Mary put the child down to call 9-1-1.

Mary told police she then heard Amanda say "Why did you save her?" Mary says Amanda then put her hands around the child's neck, reports said.

Mary told police she grabbed the child and left the apartment screaming.

After the hospital, Amanda was taken to the Bowen Center in Warsaw.

Amanda faces charges of attempted murder, aggravated battery, neglect of a dependent and battery by means of a deadly weapon.

The arrest warrant also includes a no contact order. Amanda is not allowed to have contact with Mary or the child until further order of the court.