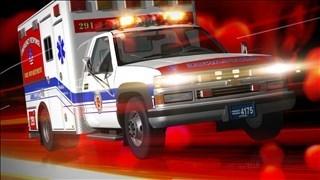 Kosciusko County deputies are investigating a crash that left a woman in critical condition Friday.

The crash happened around 8:55 p.m. near Atwood, Indiana.

Kosciusko County deputies and emergency personnel responded to the accident on Old Road 30 near the intersection of County Road 520 West in Warsaw.

Officers arrived and found a moped with the driver and passenger who were struck by a semi.

Police say they were suffering from multiple injuries at the scene.

The driver, 31-year-old Dustin Thompson of Huntington told police he was heading west on Old Road 30 when he was struck from behind by the semi.

That semi pushed the moped off the roadway and ejected the passenger, 61-year-old Latanna Thompson also of Huntington.

She had severe head injuries and was airlifted from the scene by helicopter and transported to South Bend Memorial Hospital in critical condition.

Dustin Thompson had serious head injuries and was transported to Parkview Hospital in Warsaw.

Kosciusko County F.A.C.T. team members say the preliminarily investigation shows that the semi driver, 61-year-old Daniel Faris of Rochester was headed in the same direction as the moped on Old Road 30 approaching the intersection of County Road 520 West.

Faris purportedly did not see the moped in front of him due to the sunset obscuring his visibility prior to impact. Faris was not injured in the crash.