Woman in jail after wild ride through SB neighborhood 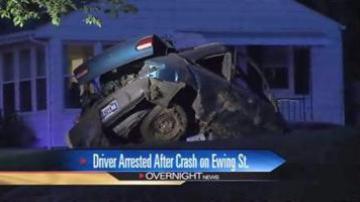 SOUTH BEND, Ind. — Witnesses say that a woman went on a wild ride through a South Bend neighborhood Wednesday night.

Residents on Ewing Street say that a woman hit a stop sign, a curb and then flew over an entire street before she landed.

Witnesses said she hit two park cars. One of those cars is believed to be totaled.

According to witnesses, they overheard the woman telling police that she had been drinking.

The driver is currently being held in the St. Joseph County Jail Thursday morning.