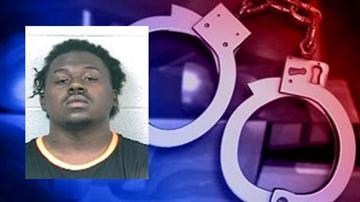 BENTON HARBOR, Mich. -- A woman was killed when she tried to intervene during an argument between her son and another man.

When officers arrived, they found a woman lying on the ground in the front yard who was unresponsive and had no pulse.

She was identified as Patricia Ann Nichols of Benton Harbor.

According to the investigation, Donte is the son of Patricia, and has been in a long term romantic relationship with Roberson.

The two were arguing and Roberson allegedly attacked Donte and grabbed him around the throat.

Investigators say the argument was concerning the custodial supervision of a juvenile cousin.

During the alleged assault, Patricia attempted to break up the fight.

The fight started in the house and ended up on the front porch of the home.

While Patricia was trying to separate the two men, Roberson allegedly shoved Patricia, causing her to fall from the porch head-first onto the concrete walkway.

Patricia was pronounced dead at the scene.

A forensic autopsy will be conducted.

Roberson was arrested and charged with one count of domestic violence by strangulation and involuntary manslaughter.