Women claim to be victims of financial "catfishing" scheme 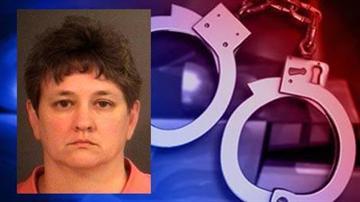 ST. JOSEPH COUNTY, Ind. -- A woman who allegedly admitted to "catfishing" two women online is facing two counts of theft for her alleged scheme, according to the probable cause affidavit. The suspect is the bookkeeper for St. Joseph County.

In October, Jodi Montbriand and Jill King told St. Joseph County Police that they believed they were the victims of a scam, allegedly perpetrated by Kim Savage.

Savage is accused of creating two fake personas, Chad Montbriand and Neil Santori. They were allegedly serving in the United States Marine Corps in covert operations and needed US currency.

Savage allegedly spoke to Jodi as "Chad" and convinced Jodi to deposit money into Savage's bank account for "Chad." Savage also allegedly told Jodi that "Chad" was interested in her.

Jodi told police she had been depositing money in Savage's bank account since approximately 2006.

Jodi told police she had spoken to "Chad" over the years via online messaging and blocked cell phone calls.

Jodi also told police that she was speaking on the phone with Chad in 2011 when he was involved in a car crash. At the time, she heard a woman's voice, which Jodi said was impossible because "Chad" was supposed to be in Afghanistan at the time.

Police confirmed in 2011, Savage was in a car accident and was the only person in the car.

The other victim, Jill, told police she had been depositing money in Savage's bank account since approximately 2011 for "Neil." Savage had told Jill that "Neil" was interested in her.

She also told police she had spoken to "Neil" via online messaging and blocked cell phone calls.

Savage admitted to police that she pretended to be "Neil," according to court records.

During their investigation, police learned no individuals named Chad Montbriand or Neil Santori served in the Marines.

When police spoke with Savage, she allegedly admitted to creating two false identities in order to get money out of the victims, according to court records.