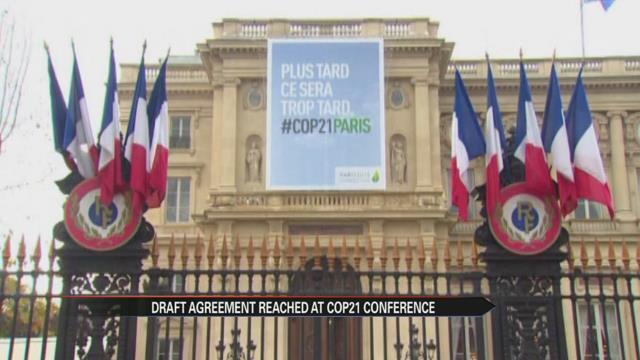 Leaders from all around the world are at work to come with an agreement on how to reduce global carbon emissions and limit global warming.

The conference is aimed that creating an international agreement on climate change to be applicable for all countries.

On Saturday, the United Nations Framework Convention on Climate Change posted a draft agreement on their website.

In that document, it talks about deforestation, food security, poverty, however; it is largely focused on what countries can do to reduce carbon dioxide emissions in the future.

"The right choice is to safeguard the future for the next generation and for the generations to come. And young people are looking to us to provide the correct answer to that question," said former U.S President Al Gore.

Recently major companies like Coca-Cola, BMW, and now Google have all announced they will all take steps to reduce their carbon footprint.

"So it's absolutely incredible. I think one of the interesting things about Google's announcement is the range of options that they are choosing in order to meet their commitments. It's working with utilities, it's working with developers, and it's working in different parts of the world and all of this is exactly what we need to get on track to a 100-percent renewable power future," said Emily Farnworth, RE100 Campaign Director.