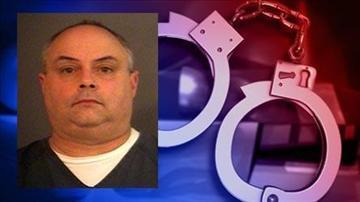 SOUTH BEND, Ind. -- A South Bend youth minister was charged with sexual misconduct for allegedly touching himself in the presence of a 14-year-old between March 9, 2008 and April 8, 2010.

Sweeney admitted to walking around his home naked. He also said he is addicted to pornography and has been for approximately 20 years, according to court records.

He also admitted to looking at pornography while naked or covered with a blanket while sitting in a chair in the living room and touched himself while doing so and has for the past several years, according to court documents.

Sweeney faces one count of performing sexual misconduct in the presence of a minor, a class D felony.

Sweeney serves as the youth minister at the Christ the King Catholic Church.

An internet search showed, Sweeney has been a youth minister for more than 11 years, and has worked in Phoenix, Arizona and Denver, Colorado.

According to the Diocese of Fort Wayne - South Bend, Sweeney has been placed on administrative leave pending the outcome of his case as is protocol.

They also said they have never received allegations of misconduct about Sweeney and will cooperate with investigators if the need arises.

Sweeney will be back in court later this month.