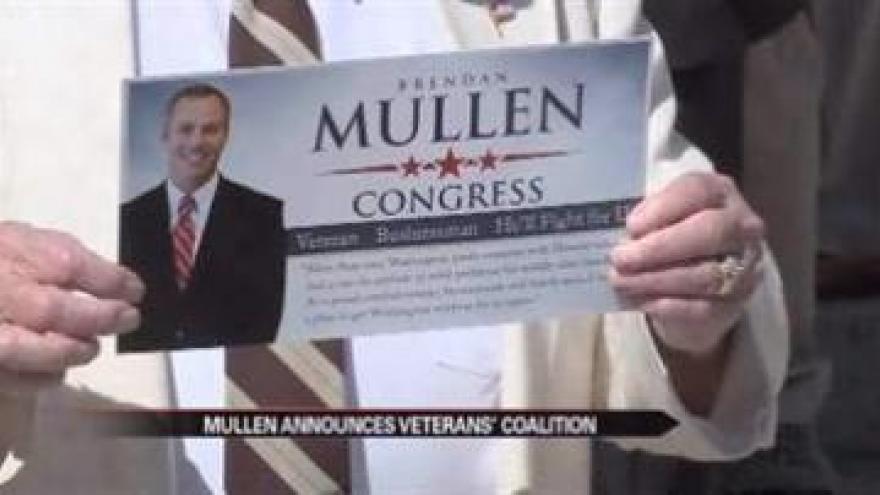 SOUTH BEND, Ind. -- The Democrat challenger for the second congressional district is pulling support of his fellow veterans.

On Wednesday, Mullen announced the creation of a "Veterans and Military Families Coalition."

The group will support his campaign to serve Indiana's second congressional district.

A number of local veterans were on hand to show support for Mullen, including former Indiana Governor Joe Kernan.

"What we have here is a young man who made the decision that he wanted to serve his country," Kernan said. "And in doing so, he changed."

Mullen is an Iraq War veteran.