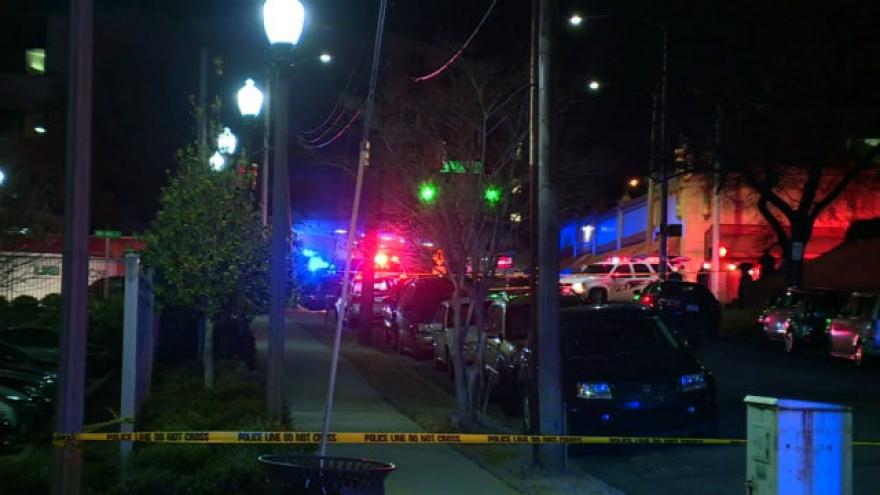 At least one person was shot on Wednesday night at the UAB Hospital-Highlands in Birmingham, Alabama. Photo courtesy WVTM

By Jamiel Lynch and Joe Sutton

(CNN) -- A person was killed and another wounded Wednesday in a shooting at the UAB Hospital-Highlands in Birmingham, Alabama, police and hospital officials said. The suspect gunman was found dead.

One of the employees injured has died and the other one is in stable condition, the hospital said.

During a search of the hospital, they found a suspect with a self-inflicted gunshot wound. That person has been pronounced dead.

"It is with a heavy heart that we announce to you this evening the passing of one of our colleagues after a shooting at UAB Highlands," said Anthony Patterson, the hospital's senior vice president in a statement.

"We ask that you please join us in prayer for these families, those who work where the incident occurred, and those who were immediately on the scene, including the first responders who acted so heroically under extremely difficult circumstances," Patterson said.

There is no threat to the community or anyone else in the hospital, police said.