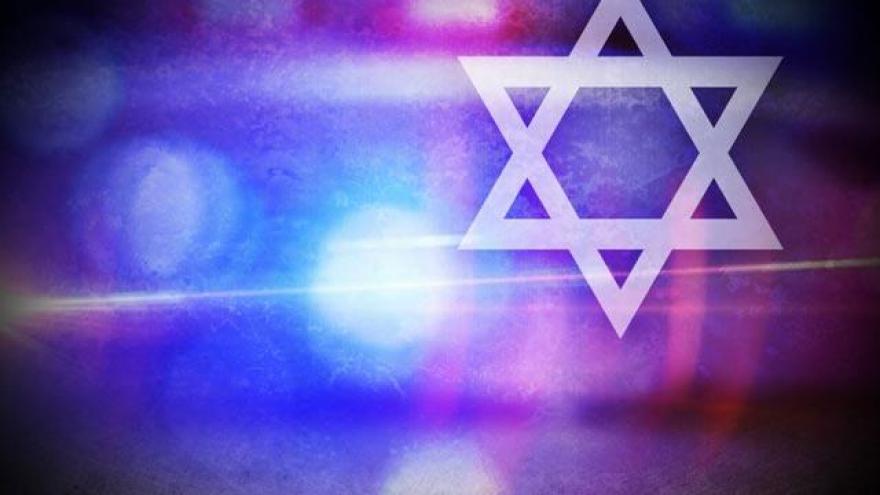 (CNN) -- In the first three months of this year, the number of anti-Semitic incidents in the US was 86% higher than the same period last year, says a new report.

The report, released Monday by Anti-Defamation League, counted 541 anti-Semitic attacks and threats between January and March.

Overall, the picture was pretty grim last year too.

The ADL says anti-Semitic were up by more than a third last year, compared with 2015. And the numbers skyrocketed since November. There were 34 cases that were linked directly to last year's presidential election.

"There's been a significant, sustained increase in anti-Semitic activity since the start of 2016 and what's most concerning is the fact that the numbers have accelerated over the past five months," said Jonathan A. Greenblatt, the ADL's CEO.

"Clearly, we have work to do and need to bring more urgency to the fight. At ADL, we will use every resource available to put a stop to anti-Semitism. But we also need more leaders to speak out against this cancer of hate and more action at all levels to counter anti-Semitism."

There were 541 incidents in the first three months of 2017, including:

380 cases of harassment, including 161 bomb threats
155 cases of vandalism, including three incidents where cemeteries were desecrated
6 cases of physical assault

The states which had the highest number of incidents in 2016 and the first quarter of 2017 were:

These states also have some of the largest Jewish populations in the nation.

The report gives details on a number of recent cases of harassment, vandalism and assault against Jews in the US, including:

A rabbi in New York last month received a threatening email which read in part, "Things will start getting bloodier for the Jew boys, I know where you live."
In November 2016 in Colrain, Massachusetts, an elementary school student who was reading a book about World War II performed the Nazi salute and told a Jewish student that she believes Jews are an inferior species.
A student passed a Jewish classmate a note in Marietta, Georgia, in November 2016 containing a swastika and the phrase, "Hitler did the world a favor."
In December 2016, in an area at New York's City College where Jews gather for afternoon prayer services, someone left graffiti reading "Jews are pest! [sic] Hitler was right to kill them all."
In January 2017 three synagogues in Clearwater, Florida, had swastikas drawn on their sidewalks and/or buildings on the same day.
A man was parked in his vehicle in Jersey City, New Jersey, in December 2016 when a person approached, pointed a handgun, and fired two shots at his vehicle. A witness later heard the shooter refer to his victim as a "Jew bastard."

Anti-Semitic incidents at non-Jewish schools rose sharply as well, according to the report.

In 2016 there were 235 such cases at elementary, middle and high schools, a jump of 106%.
The increase continued into the first quarter of this year, with 95 cases reported.

This is especially concerning to ADL officials.

"Schools are a microcosm of the country," said Greenblatt. "Children absorb messages from their parents and the media, and bring them into their schools and playgrounds. We are very concerned the next generation is internalizing messages of intolerance and bigotry."

But a top official at the Kantor Center, which compiles a database of anti-Semitic incidents, says that's no reason for anyone to relax.

"2016 was a dramatic year for many around the world and for Jews it was a year of contradictions," said Moshe Kantor, a businessman and philanthropist who the center is named for.

"While the number of anti-Semitic incidents has decreased worldwide in 2016, the enemies of Jewish people have found new avenues to express their anti-Semitism with significant increase of hate online and against less protected targets like cemeteries," added Kantor, who is president of the European Jewish Congress. "This means, in fact, the motivation has not declined and the sense of security felt by many Jewish communities remains fragile."

The Kantor Center primarily attributes the drop to improved security measures (including intelligence agencies increasing the surveillance of extremist groups) and the arrival of waves of mostly-Muslim refugees from the Middle East and North Africa into Europe taking the extreme right's attention away from Jewish communities.