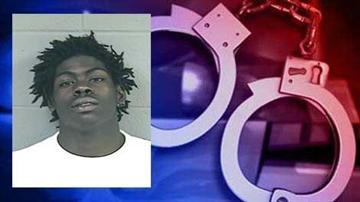 An arrest warrant was issued for Elliott Coates for 3 counts of assault with intent to murder, 1 count of felony firearm, and 1 count of carrying a concealed weapon.

The investigation revealed Coates and the two victims, one 16-years-old, one 17-years-old, were in Broadway Park when a small fight broke out.

The fight dispersed, but then Coates returned and started shooting at the victims.

Coates was gone by the time police arrived.

Police found a 17-year-old with a gunshot wound to the stomach at the park.

A call came in and there was a 16-year-old victim, who had been shot in the right arm, was in the 1100 block of McAllister.

The investigation revealed the two victims had been shot at the park.

If you have any information about Coates' whereabouts, call Benton Harbor Public Safety Department Public Safety Detectives at (269) 927-8436. Coates should be considered armed and dangerous, according to police.