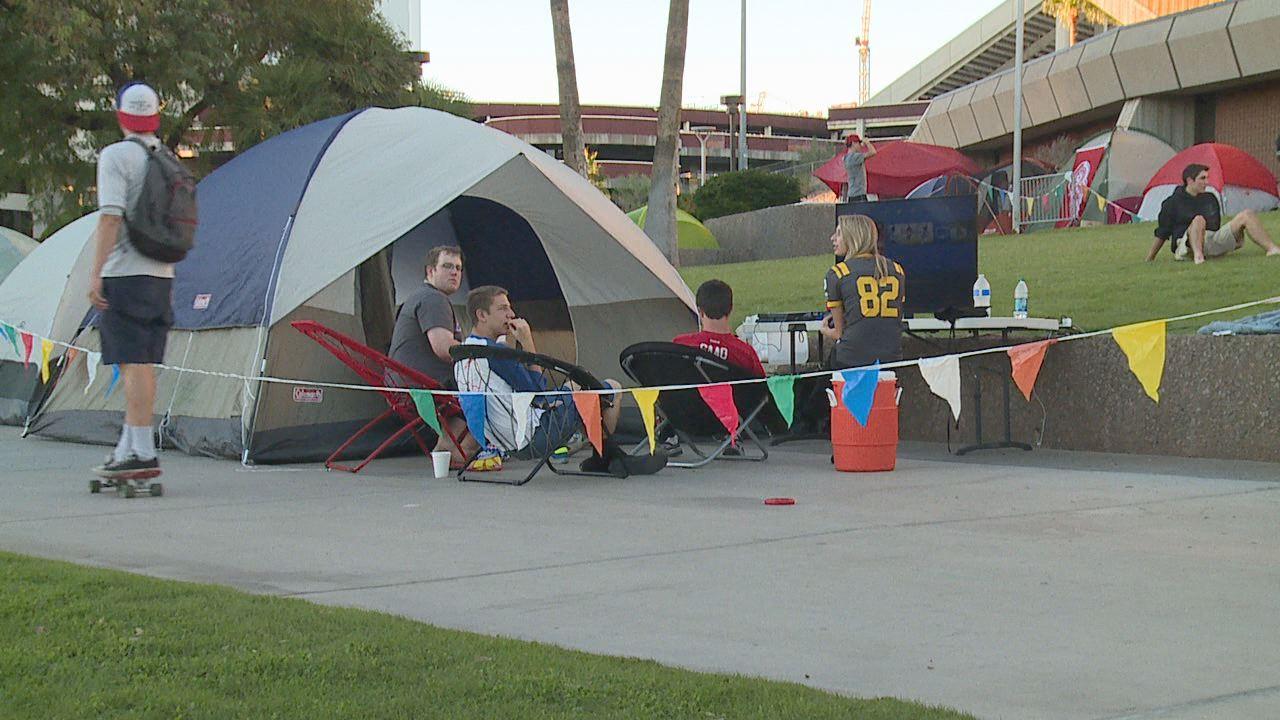 Hundreds of Arizona State students are camped out waiting for the best seats in Sun Devil stadium in Saturday's game against Notre Dame.

It's called “Camp Fargo” after the Wells Fargo Arena it wraps around.

“This is the most people I've ever seen at Camp Fargo,” said freshman Allison Tooms.

The group at the front of the line said they got their spot at 6 a.m. on Sunday.

The tents circle the stadium at least two to three rows deep.

You don't have to worry about the student roughing it. They have power with a plethora of extension cords. Hooked up to those cords are big screen TVs complete with X-boxes.

Students told ABC 57 they are willing to sleep on the ground all for the love of ASU Football, and this week's turnout is one of the biggest.

“Notre Dame is a huge school and at ASU we haven't really played them so I think people are excited about that, and it's going to be such a close game ASU is ranked 9th and Notre dame is ranked 10th, so we're hoping for a good game,” said Tooms.

The students camp out for every home game and that gets them closer seats to the field.
Share this article: