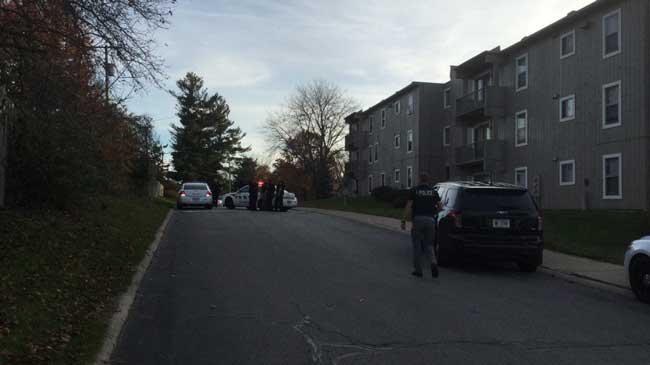 South Bend Police have resolved a situation involving a barricaded gunman without injuries to anyone involved.

Police said just after 3 p.m. Thursday, police attempted to conduct a traffic stop on a red Camaro in the area of Indiana and Miami streets.

The vehicle did not stop and police pursued the vehicle.

During the chase, the suspect allegedly threw a handgun out of the vehicle.

The chase ended on High Street when the driver got out of the vehicle and went into one of the apartments at Miami Hills.

"We surrounded the apartment with officers in our vehicles and we got on our public address system and announced, requested the party come out and comply with our orders to come out," said Captain Tim Lancaster with the South Bend Police Department. "Eventually he did surrender without incident."

There were no injuries during the standoff.

The suspect had an active warrant out for his arrest, but police did not give any details about the warrant.