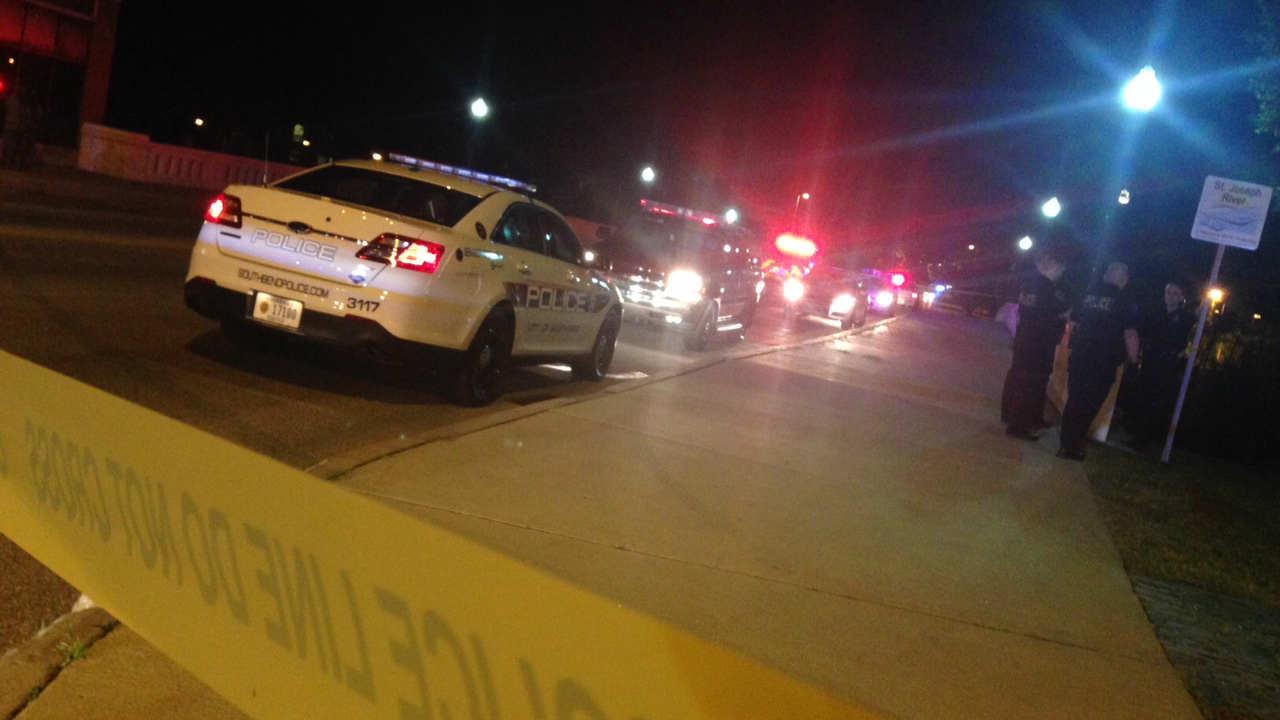 Just after 11 p.m. Monday night, South Bend Police Department responded to reports of a body found in ravine on the banks of the St. Joseph River.

The person who died was a 50 year old man.

Officers say the man did have an ID on his person, but they are working to make sure that ID matches the body before they release a name.

Lieutenant Dave Wells with St. Joseph County Metro Homicide says they have to wait on an official autopsy report for his cause of death, but the condition of his body is giving them some clues to how he might have died.

Wells says the investigation started when a South Bend Parks officer noticed a bike was chained up to a nearby tree for the last couple of days. That officer is the one who found the body.

South Bend firefighters and Metro Homicide officers worked together to pull his body out of the rocky ravine.

“It’s obvious he sustained a fall so there are scratches and that sort of thing. But then again I want to leave it wide open they could be defensive wounds it could all be simply from the fall. That will be up to the pathologist to determine exactly how those injuries were caused,” says Lieutenant Wells.

The man’s body is being sent to Kalamazoo where an autopsy will be conducted on Wednesday.