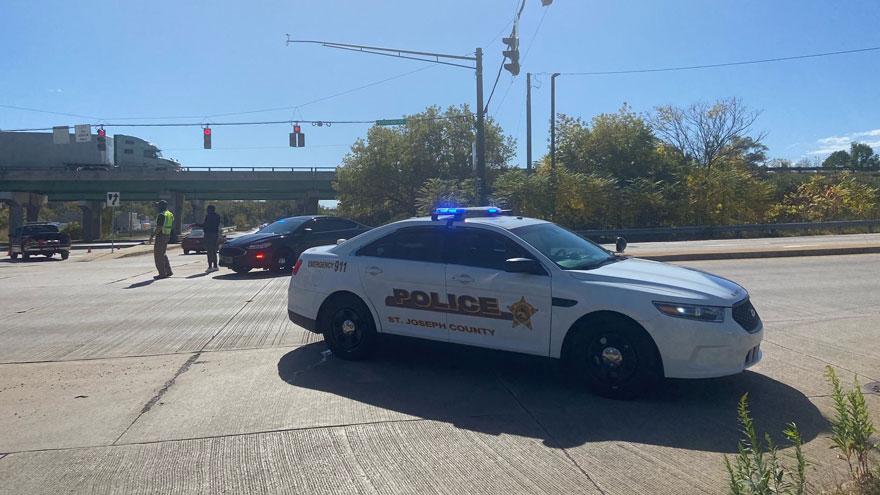 The St. Joseph County Metro Homicide Unit has identified the officer who was shot while searching for suspect Rodney Ross in the area of Cleveland and Lilac roads Tuesday afternoon.

The officer was identified as Joseph Kasznia of the Pokagon Tribal Police Department.

Officer Kasznia was shot once in the right calf. He was taken to the hospital and was treated and released on Tuesday.

He is recovering at home.

Kasznia is also a member of the St. Joseph County Metro SWAT team.

K9 Luna, who was also shot, is recovering with her handler.

Veterinarians were not able to remove the bullet from her leg, but she is expected to recover.

Ross was killed after he shot at officers, reports said.