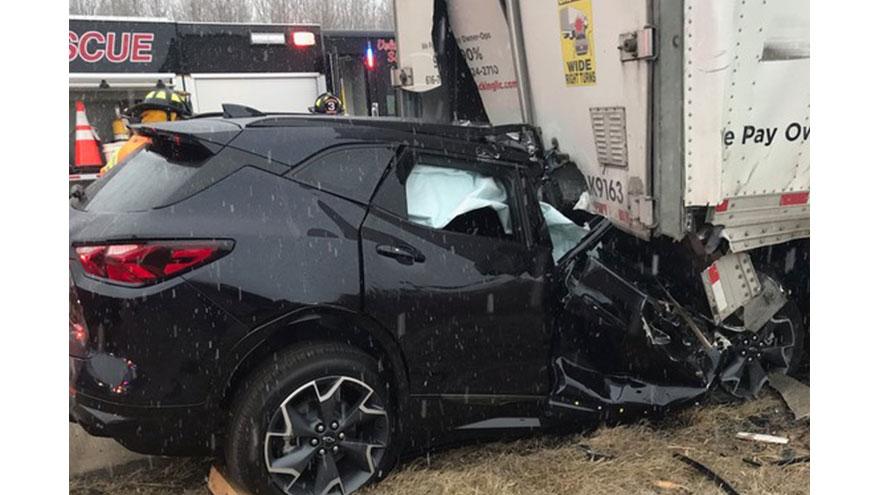 MICHIGAN CITY, Ind. – The La Porte County Coroner’s Office has identified Steven A. Kowalkoski of Champaign, Illinois as the driver who died in a car crash on Interstate 94 just outside of Michigan City Wednesday.

The crash happened in the westbound lanes near the 37 mile marker, 3 miles east of the Michigan City exit, just before 2 p.m.

The preliminary investigation revealed a Chevy Blazer driven by Kowalkoski struck the back of the semi, which was pulled off the roadway, onto the shoulder, reports said.

It is not yet what caused the driver of the Blazer to leave the roadway.