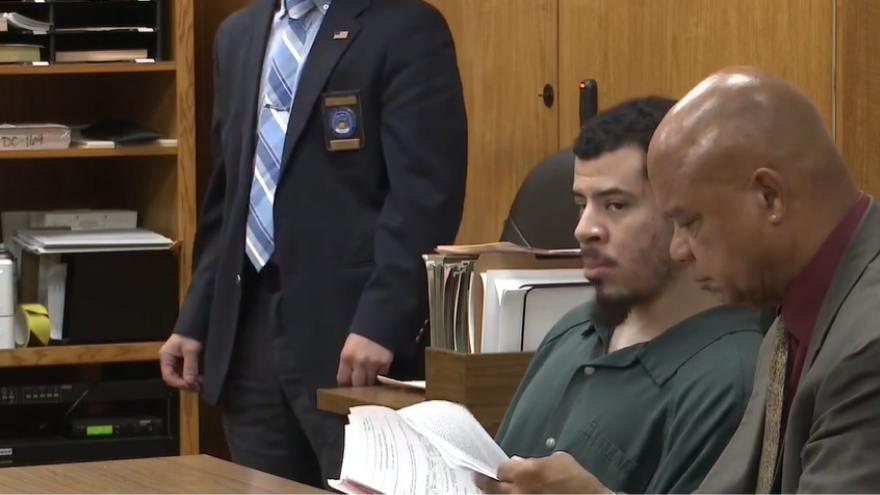 Jeremy Cuellar at his sentencing in September 2019

Cuellar, who is currently serving a minimum of 65 years in prison for the soldier's murder, is now claiming that his attorney failed to discuss evidence and trial strategy with him.

According to court documents, Cuellar said his attorney allegedly pressured him into the guilty plea by saying that Cuellar would “have no chance” at trial and a jury would “hate him.”

Cuellar alleged that his attorney told him that he was “going home at the end of the day,” which Cuellar said gave him the impression that his attorney would “not fight for him if he decided to go to trial,” court documents said.

Hassel’s wife, Kemia Hassel, and Cuellar were both convicted and imprisoned for the staff sergeant’s murder on New Year’s Eve in 2018.

Cuellar pleaded guilty to second degree murder as part of a plea agreement in July 2019.

Cuellar is scheduled to appear in court on August 26.