DHS secretary: Electronics ban may be expanded to flights departing US 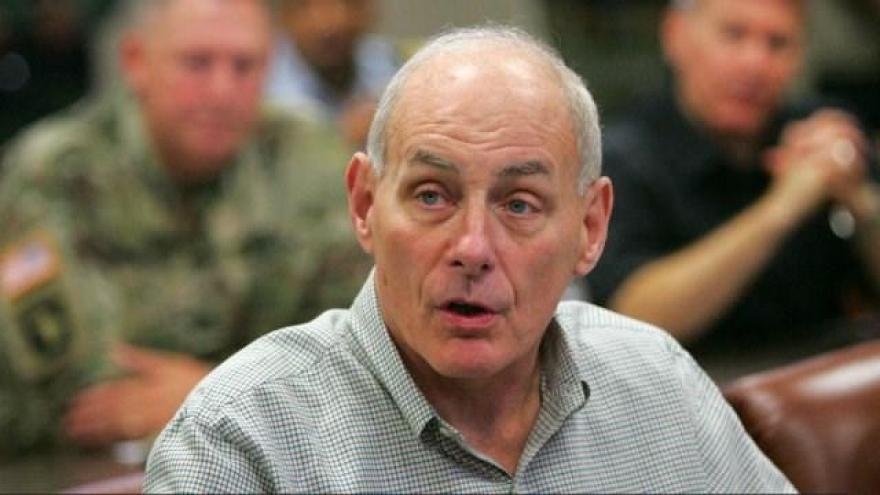 (CNN) -- Homeland Security Secretary John Kelly confirmed to CNN Friday that he is considering expanding the ban on large electronics in airplane cabins to include flights departing from the US to overseas.

If that happens, then it would mean any electronic device larger than a cell phone would not be allowed on some flights leaving the US, not just certain inbound US flights, as is currently the case. Kelly was at Reagan National Airport just outside the nation's capital in Virginia Friday, meeting and shaking hands with Transportation Security Administration officers and speaking briefly on camera to reporters.

When asked whether it is true that he has hinted the laptop ban could expand to US soil, Kelly said that those characterizations of his thinking are accurate.

But Kelly signaled this month that he's looking at possibly expanding the ban due to security concerns.

"The protocol where we put large electronic devices down inside the cargo compartments, ... I made that decision based on intelligence from a certain part of the world -- sophisticated threats," Kelly said Friday. "We are now looking at kind of a worldwide hard look at raising the bar, the minimum bar, on aviation security. So, still contemplating extending the ban, as we work with partners."

He added, "We will make a decision when the time is right."