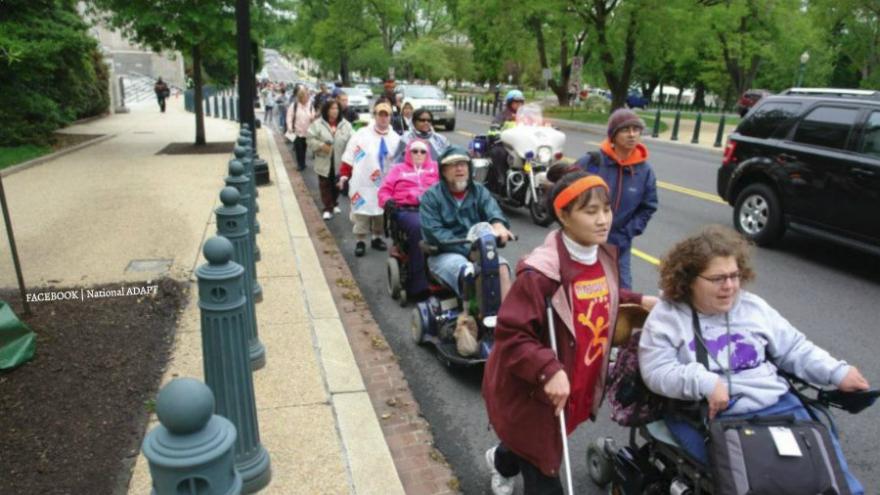 INDIANAPOLIS, Ind. (AP) — Police said 26 demonstrators, some in wheelchairs, have been arrested for trespassing outside the Indianapolis home of Health and Human Services Secretary Alex Azar.

Indianapolis police spokesman Officer Michael Hewitt says the protesters were warned several times they would be arrested if they did not leave the property. He says Azar wasn't home at the time of the protest Sunday morning.

An advocacy group for disabled people called ADAPT says in a news release it organized the demonstration to protest rules that have awaited HHS approval for more than two years that would ban shock therapy at the Judge Rotenberg Center in Canton, Massachusetts.

An HHS spokeswoman says the agency meets with advocacy groups through appropriate channels.

Azar is a former executive for Indianapolis-based Eli Lilly& Co.