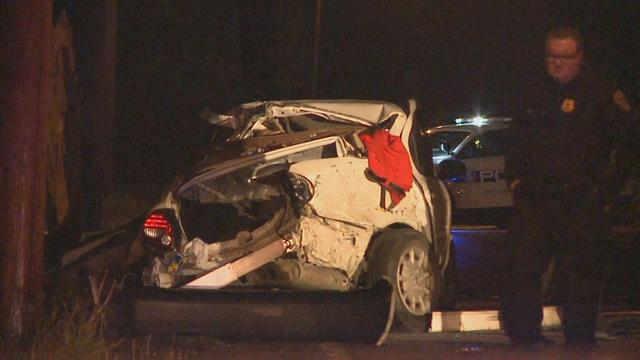 The driver of a vehicle that crashed while fleeing police early Tuesday morning in South Bend has been charged.

Around 2:15 a.m. Tuesday, a South Bend Police officer witnessed a traffic violation in the area of Western Avenue and Kaley.

When the officer attempted to conduct a traffic stop, the driver failed to pull over.

The officer followed the vehicle on Western, Sheridan and Linden, according to court records.

The driver lost control of his vehicle at a curve on Linden, just before Kaley, and his vehicle struck a utility pole and a building.

Both occupants were ejected from the vehicle.

The driver of the car ran from the scene.

The passenger, Shaquile Ellis, was found unconscious with a gash to his head.

Ellis suffered a serious head injury and broken vertebrae in his neck, according to the probable cause affidavit.

The driver, later identified as Marquese Desean Henderson, was arrested about a block away from the crash.

Henderson allegedly admitted to fleeing from police because he didn't have a driver's license.

Henderson also allegedly admitted to drinking and smoking marijuana before the accident.

Henderson has been charged with leaving the scene of an accident, resisting law enforcement and causing serious bodily injury when operating a vehicle while intoxicated.