Driver fleeing from police crashes, police find 2 pounds of marijuana in his vehicle 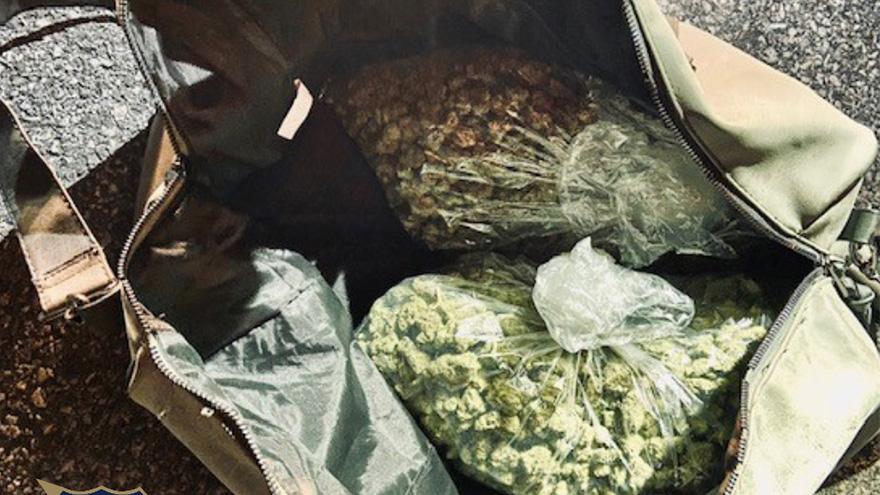 ST. JOSEPH COUNTY, Ind. -- A driver from Chicago was arrested on multiple charges after leading troopers on a pursuit on US 20 and SR 2, according to the Indiana State Police. Police said they located 2 pounds of marijuana in his vehicle.

Around 7:45 p.m. Thursday, a trooper attempted to conduct a traffic stop on a 2019 Chevy Impala for speeding on US 20 near Elm Road, but the driver sped up instead of pulling over, reports said.

The driver of the Impala exited US 20 at SR 2 and continued westbound, with the trooper in pursuit.

Just east of Pine Road, the Impala struck a concrete media, crossed the westbound lanes of SR 2, crashed into a Ford Taurus, then traveled approximately 300 yards before coming to a complete stop, police said.

The driver, 19-year-old Rodney Clemons of Chicago, tried to get out the driver’s side door, but couldn’t because it was damaged in the crash.

Clemons tried to climb over the female passenger to get out even though troopers were telling him to stay in the vehicle and show his hands, reports said.

Clemons was taken into custody.

A K9 alerted to the odor of narcotics in the vehicle, police said. Inside, troopers located approximately 2 pounds of suspected marijuana, reports said.

After he was medically cleared, Clemons was taken to the jail for preliminary charges of resisting law enforcement with a vehicle, reckless driving, dealing marijuana and possession of marijuana.