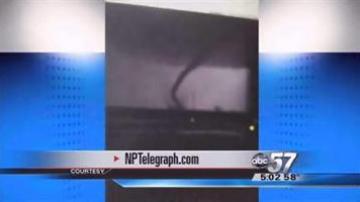 NORTH PLATTE, Neb. -- Emergency crews will assess the damage in Nebraska after at least two tornadoes swept through the area.

Possible tornadoes also touched down in South Dakota and Oklahoma.

So far, we have received two reports of injuries.