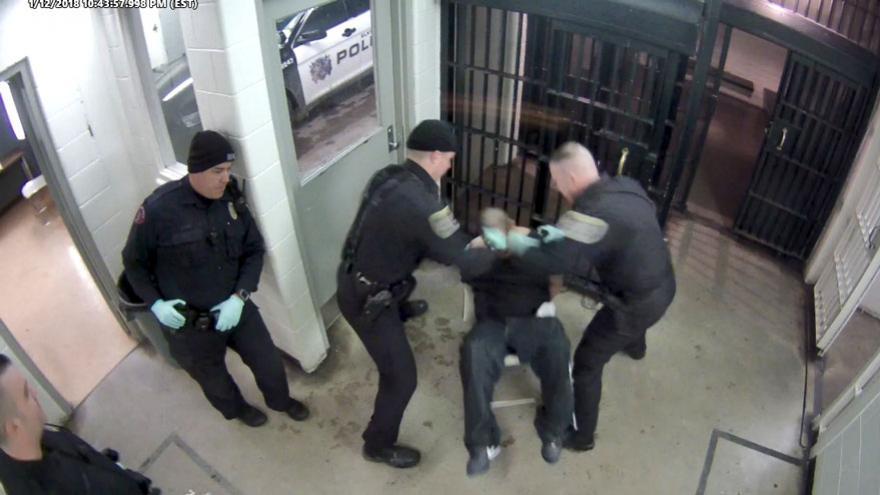 ELKHART COUNTY, Ind.—The Elkhart County Prosecutor’s Office said Thursday that the state charges for the two Elkhart police officers charged in the January 2018 battery of a man who was handcuffed and seated in police custody have been deferred.

The State of Indiana is dismissing the pending cases against Cory Newland and Joshua Titus so that the federal case can proceed without interference at the request of the U.S. Attorney for the Northern District of Indiana, Thomas L. Kirsch, II.

Newland and Titus were both federally indicted in March on civil rights violations in connection with the allegations that they used excessive force in the January 2018 incident that was recorded and released to the media.

The two officers were originally placed on paid leave in November 2018 but were put on unpaid leave on April 1.