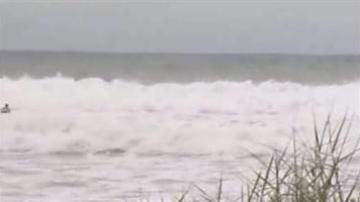 HAWAII — The storm system known as Flossie weakened to a tropical depression as it neared the Hawaiian islands on Tuesday.

The system, with top winds of 35 miles per hour, hit about 90 miles east of Honolulu.

Flossie had threatened to become the first major system to strike Hawaii in 21 years. The state has not been by a tropical storm or hurricane since Hurricane Iniki in 1992.

Storm preparations have been underway since the weekend and officials are asking residents to continue taking shelter, until that storm moves on.

As of Tuesday morning, airports remain open but some carriers are still canceling flights.