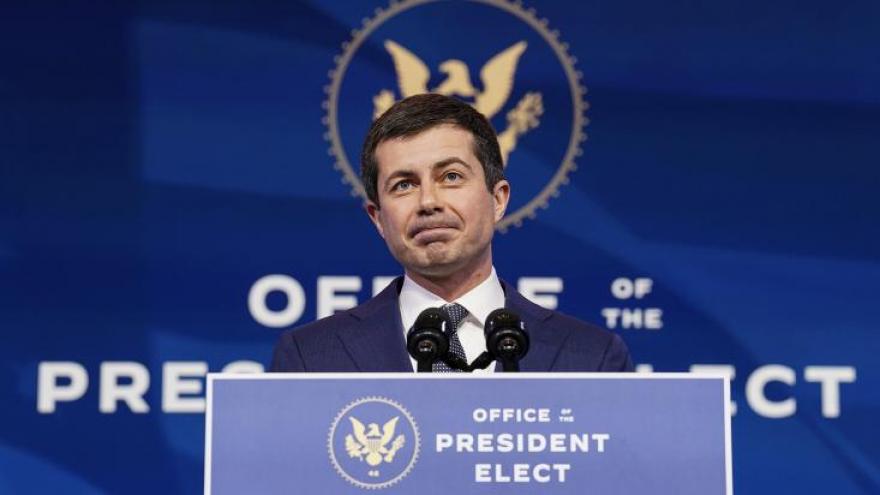 Former South Bend Mayor Pete Buttigieg has been confirmed as President Joe Biden’s secretary of transportation. The Senate voted on his confirmation just after noon Tuesday. He was confirmed 86-13.

Buttigieg will be the first senate confirmed LGBTQ Cabinet secretary.

Four of Biden's 23 Cabinet-level nominees requiring Senate approval have so far been confirmed:

Ted Cruz, Tommy Tuberville, Marco Rubio and Rick Scott were among the Senators who voted against his confirmation.

“Today I voted to confirm fellow Hoosier Pete Buttigieg as Secretary of Transportation following conversations with him where he committed to finding bipartisan solutions to confront the transportation and infrastructure challenges facing our country and acknowledged that funding infrastructure with more debt is not sustainable. As the former CEO of a transportation and logistics company headquartered in Jasper, I know firsthand that Indiana is the Crossroads of America and a hub for auto manufacturing, and Hoosiers need robust and sustainable assistance from the federal government to maintain and expand our transportation infrastructure.”

“Investing in America’s infrastructure like roads, rails, and waterways is not a partisan issue, and I’m pleased to have a Hoosier at the helm of the Department of Transportation. I look forward to working with Secretary Buttigieg to continue to bring investment to Indiana.”