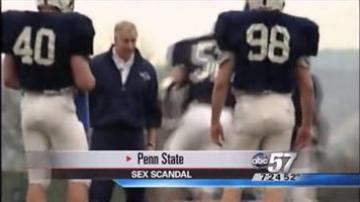 STATE COLLEGE, Pa. -- One of the nation's most storied athletic programs is reeling from scandal.

Jerry Sandusky, a former coach for the Penn State football team, has been indicted for  molesting eight boys over a 15-year period.

Now two top university officials have stepped down because of the case. They are Athletic Director Tim Curley and Senior V.P. Gary Schultz. Both are also charged with covering up the sex crimes.

Sandusky, who says he's innocent, is accused of meeting the boys through a charity he started for at-risk children.