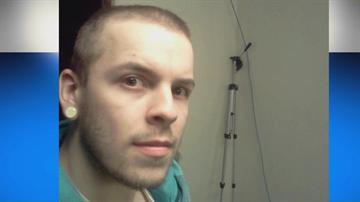 ELKHART, Ind. – Friends and family are grieving the loss of a 20-year-old Elkhart man killed in an accident Tuesday night in eastern Cass County.

20-year-old Kevin Shupert was one of two men killed when the vehicle they were in drove off the road and into a tree just before 9:30 p.m. on Chapel Hill Road near Jones.

19-year-old Gabriel Spencer-Forsyth of Tennessee was driving the car and was also killed in the crash. 19-year-old Ross Gambell of Osceola was injured but did survive.

“Kevin was like a little brother to me,” said Sarah Scanlon wiping back her tears Wednesday night. “He had so much life ahead of him, so much more to achieve and do. It all got taken away.”

According to the Cass County Sheriff’s Department, the three were joyriding at high speeds on the wet gravel pavement when the car left the road.

“I knew 9-1-1 was the first thing I needed to do,” said McKenna Wolf, the first person to arrive on the scene. Wolf said Gambell was walking around the scene in a state of shock. “When he said there were other passengers in the car, I knew that they didn’t survive.”

“We’re just trying to keep each other strong and be there for each other and make sure we’re all getting through this,” said Scanlon.

Shupert was a 2011 graduate of Elkhart Memorial High School.

Funeral arrangements have been set by Shupert’s family. Visitation will be from 11 a.m. to 2 p.m. Saturday at the Billings Funeral Home in Elkhart.