Lows will be next zero Tuesday and Wednesday night with a wind chill of -10 to -15 for most of Michiana. Dress warm and limit outdoor exposure, take extreme cold precautions.

Frigid forecast for the rest of 2017 and start of 2018. High temperatures won’t break 20 for at least the next week, some days struggling to break into the double digits. Lows will be in the single digits and at times near zero, with the wind chill even colder. Light snow and flurries will also be in the forecast, mostly lake effect that will only bring up to an inch or two each day from the state line north. 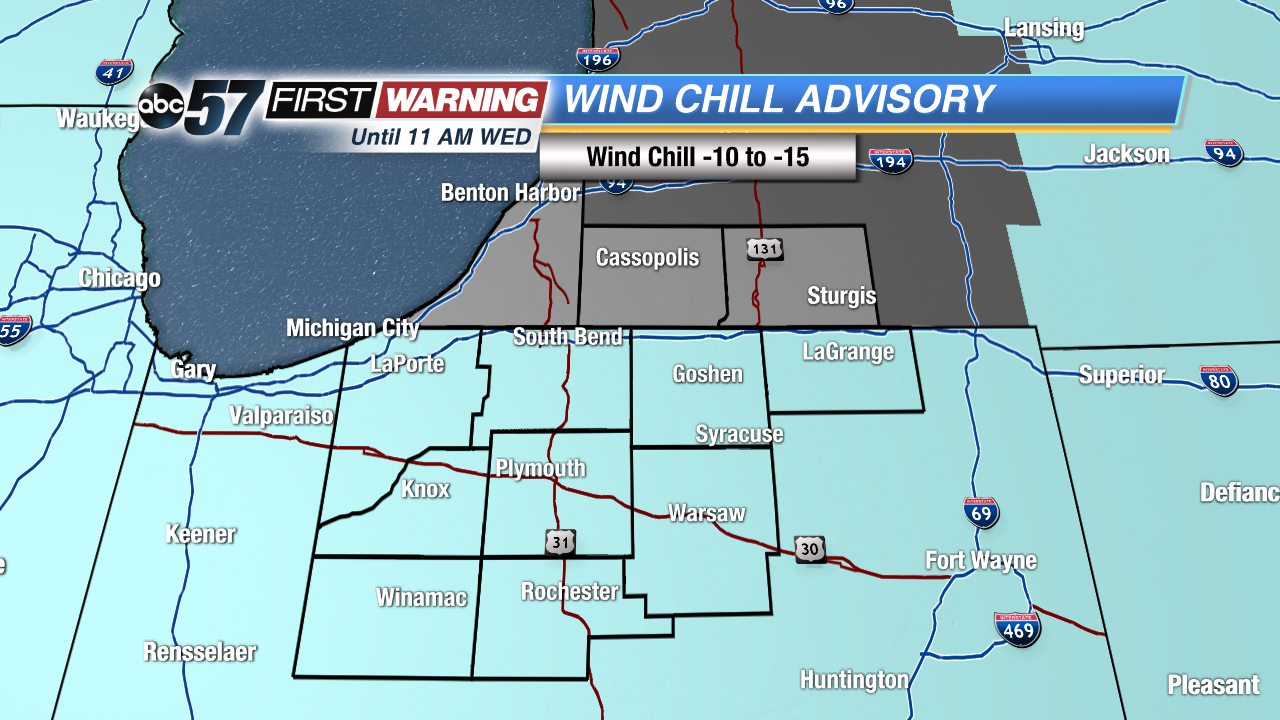 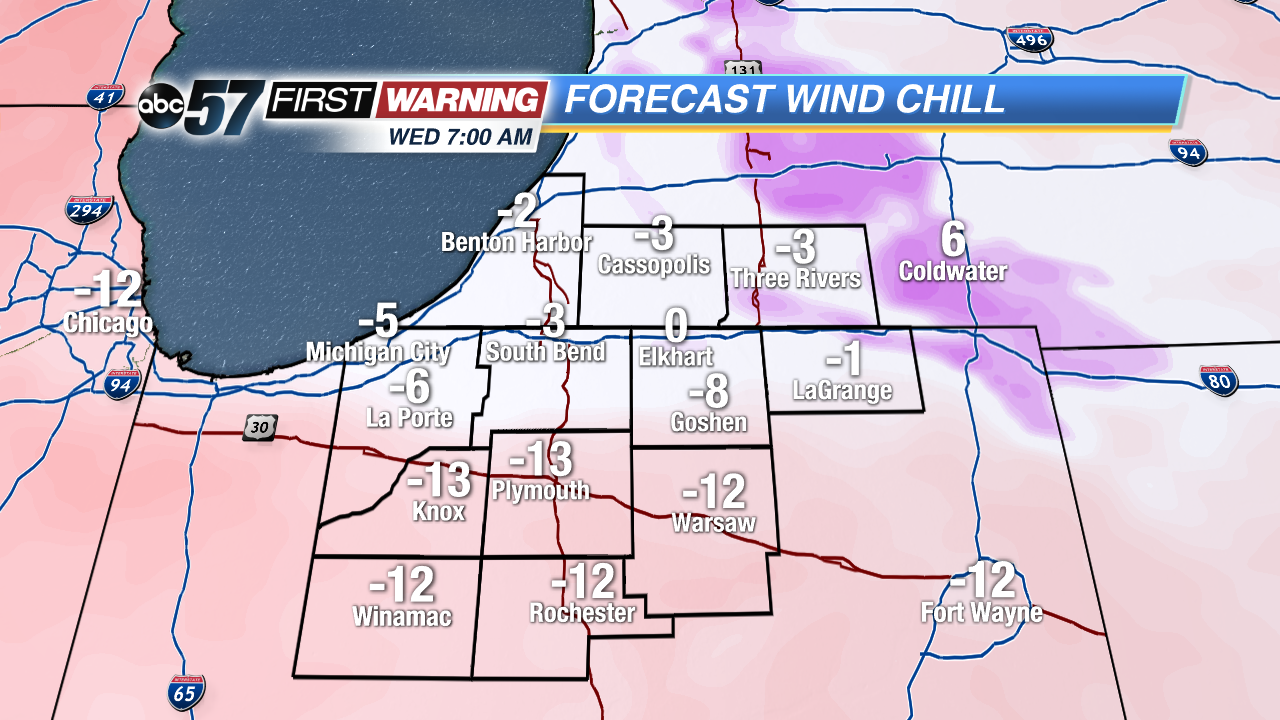