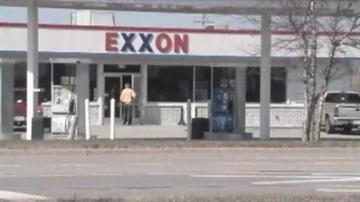 NORTON SHORES, Mich. -- Police believe a Michigan woman may have been kidnapped while at work.

The 25-year-old was working as a clerk at a gas station in Norton Shores Friday.

Police in the Muskegon suburb say customers at the Exxon Mobil Station walked in around 11:15 Friday night but no one was there.

Her purse, keys and cleaning supplies were on the counter.

"I talked to her an hour before this happened. Said she was going to be out early and come home quick," said Dakotah Dyer, fiancé of missing woman.

The gas station does not have surveillance cameras but police are looking for a gray minivan.

It was seen behind the gas station not long before the woman disappeared.