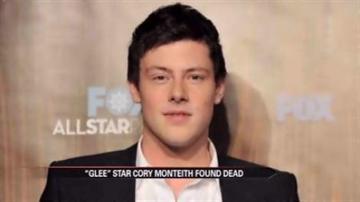 HOLLYWOOD — Corey Monteith, who plays Finn Hudson on the popular show "Glee," was found dead in his hotel room in Vancouver.

Although the cause of death has not yet been determined, Monteith was open about his life-long battle with substance abuse.

Monteith has been through drug rehabilitation twice.