Harrison Ford called himself a 'schmuck' after plane mishap 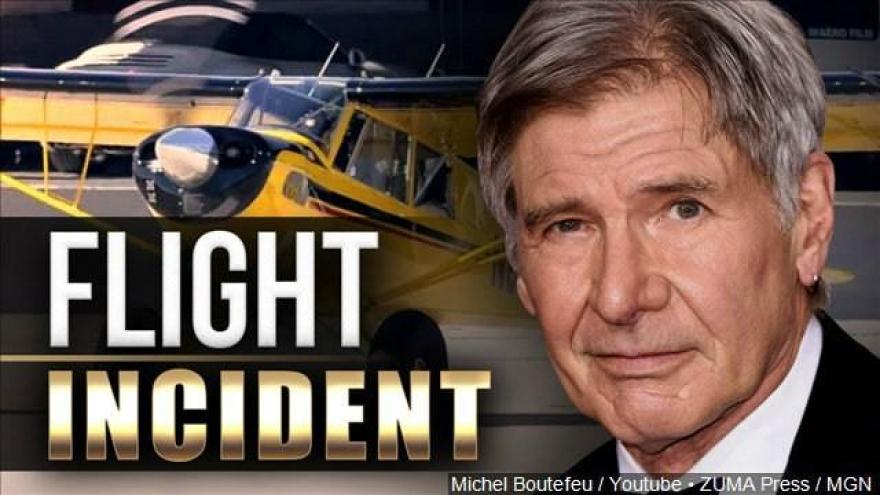 (CNN) -- Actor Harrison Ford described himself as a "schmuck" after he mistakenly landed his small plane on a taxiway at a Southern California airport last month.

In audio recordings released by the Federal Aviation Authority, Ford said he was distracted by two jets during the airport runway mishap on February 13.

The veteran actor was flying a small plane that mistakenly landed on a taxiway of a Santa Ana airport, flying directly over a waiting American Airlines Boeing 737 commercial jet that had 116 people aboard, federal officials said.

"Yeah, hi, it's Husky Eight-Niner Hotel Uniform (call sign) and the schmuck that landed on the taxiway," Ford is heard saying on the FAA audio recording.

When the air traffic controller said it's "no big deal," Ford responded that "it's a big deal for me."

His Aviat Husky single-engine propellor plane was cleared to land on Runway 20L at John Wayne Airport in Orange County. The FAA said the pilot repeated the approved landing clearance back to the air traffic controller.

It is not the first aviation-related incident for the star of the "Star Wars" and the Indiana Jones film franchises.

In 1999, he made a hard emergency landing in a California riverbed while flying in a helicopter with a flight instructor. And in 2000, he reportedly slid off the runway while landing a plane in Lincoln, Nebraska.

Over a decade later, while flying a two-seat, single-engine 1942 military trainer, Ford tipped a treetop and skidded down onto Penmar Golf Course near Santa Monica Airport in 2015. He suffered serious injuries after he was forced to land the vintage WWI plane after its engine failed.

After the 2015 incident, Tom Haines with the Aircraft Owners and Pilots Association told CNN that he had flown with Ford in the past.

"He's a very skilled pilot. He's very safety-conscious and goes to training routinely for all of his aircraft," Haines said.

In 2010, Ford was honored with the Wright Brothers Memorial Trophy, one of aviation's highest honors from the National Aeronautic Association.

CNN's Jon Ostrower and Rene Marsh contributed to this report.