Honda recalls more than a million cars over battery fires 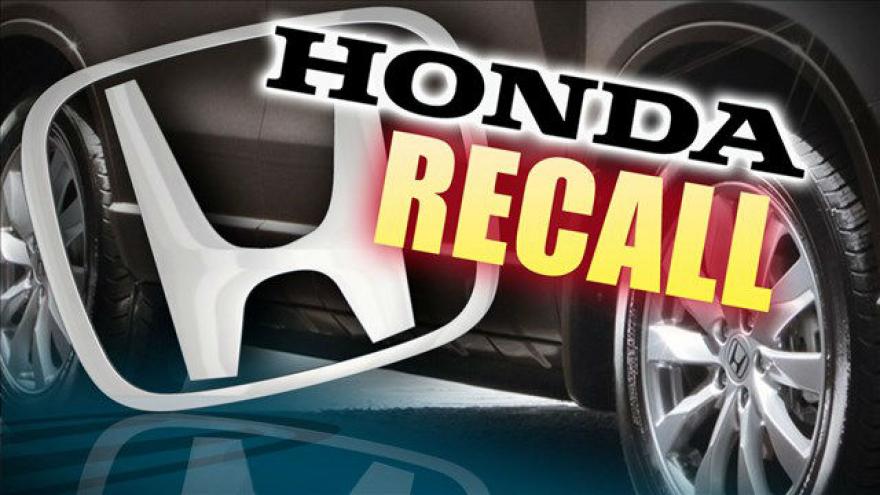 Honda is hitting its U.S. customers with yet another recall -- this time over flaming batteries.

HONG KONG (CNNMoney) -- Honda is hitting its U.S. customers with yet another recall -- this time over flaming batteries.

The Japanese firm announced on Thursday that it would recall nearly 1.2 million Accord vehicles produced between 2013 and 2016, after receiving multiple reports of the cars' battery sensors causing fires in the engine. The sensors, which notify drivers when there is a problem with the battery, may not be "sufficiently sealed" against moisture, the company said.

As a result, substances like road salt can enter the sensor and cause it to short, potentially leading to fires.

"There have been no reported injuries related to these incidents," Honda added.

Honda -- along with its luxury car brand Acura -- is already the worst-hit automaker from the industry's biggest recall in U.S. history, with millions of its vehicles affected by exploding Takata airbags. The car company confirmed yet another death linked to an exploding airbag earlier this week, taking the total number of American fatalities to 12 in addition to several others worldwide.

Honda said it will start notifying Accord owners affected by the latest battery recall by the end of this month.