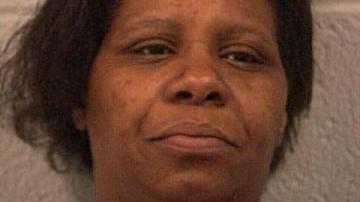 At 6:45 p.m., troopers responded to a report of a pedestrian being hit by a car traveling westbound on I-80 near Cline Avenue.

When police arrived, they found a 52-year-old woman who was a passenger in a Ford F-150 pick-up that broke down and was parked on the side fo the road.

She identified herself as Zsa Zsa Gabor Morris of Gary, Ind.

Morris said she was standing near the fog line (the line that separates the roadway from the shoulder), wearing dark clothing, and giving "peace signs" to on-coming traffic to alert drivers about their truck being broken down.

A driver in a 1999 Chevrolet Malibu was traveling in the right lane and hit Morris in the hip with their passenger side mirror.

Morris was not injured. She said the believed this was because she was wearing a leather belt. She refused medical treatment.

She was taken to Lake County Jail and held without bond.