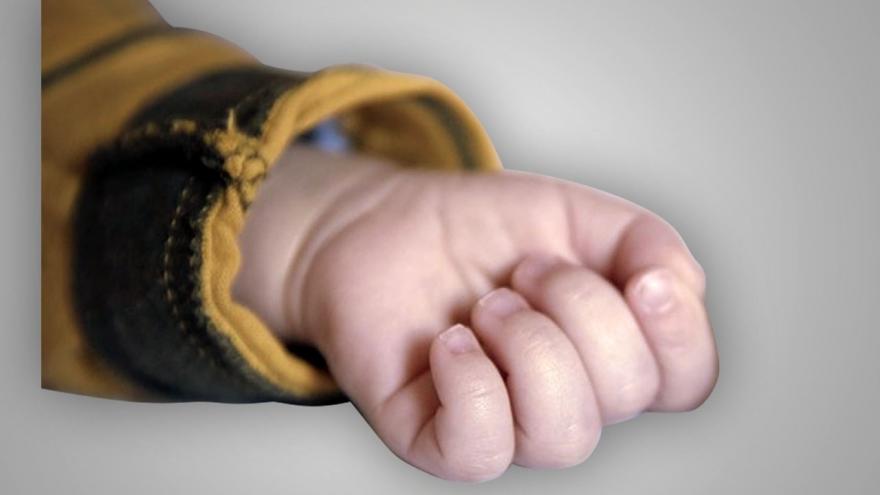 (CNN) -- A 4-month-old girl was found dead in Oklahoma after she was left inside an SUV for most of the day, the Oklahoma County sheriff's office said.

The child's grandmother thought she dropped the girl at a daycare in the Oklahoma City metropolitan area on her way to work Friday morning, said Mark Opgrande, a spokesman with the Oklahoma County sheriff's office.

The woman -- who has custody of the girl -- went to pick up her granddaughter about 5 p.m. prompting daycare workers to look for the child inside the facility. They couldn't find her and later discovered her deceased on a car child seat inside her grandmother's SUV, Opgrande told CNN affiliate KFOR.

"She apparently had thought that she dropped off the child this morning, which she had not," Opgrande said.

The girl was in the car while her grandmother was at her place of work in Oklahoma City the entire day, officials said.

"Parents. We have some very very sad news from Apple Creek. A tragic accident with one of our beloved babies. I ask everyone to pray for this precious family. Please. Nothing happened AT Apple Creek but it did occur in our parking lot," a daycare's spokesperson wrote on Facebook.

Authorities were still investigating the case Friday evening and no charges had been filed.

On average, 37 children die each year in the United States after being left in a car, the safety organization Kids and Cars says.

Nearly 30 children car deaths have been reported, according to NoHeatStroke.org, a data site run by a meteorology and litigation expert that has collected data on the incidents.

Last week, a 7-month-old boy and a 1-year-old boy died in two separate incidents in Arizona.

In June, four Arkansas women were charged with manslaughter in the death of a 5-year-old boy who died after he was left inside a day care van all day, police said.