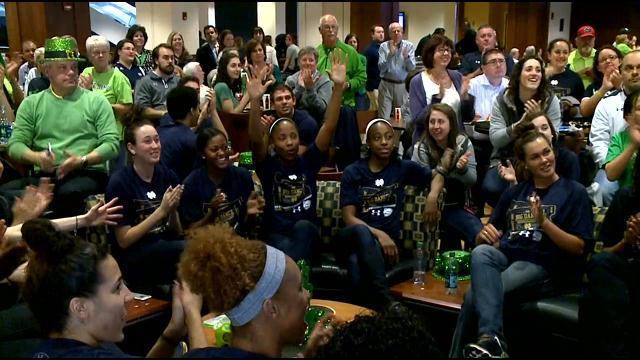 The women will play Montana at Notre Dame on Friday, giving them the home team advantage at Purcell Pavilion.

"I think the first game is always the toughest game," says McGraw.

And in the first game, Coach McGraw says it will all come down to the freshmen.

"We've got to hope that the freshmen are comfortable in this environment," says McGraw.

"I've been watching the tournament since I was a kid, so to finally be able to play in it will be awesome," says freshman Brianna Turner.

And she'll be looking to the veterans on the team, leaders like Jewell Loyd.

"I just try to lead by example," says Loyd.

But it's not just the women chasing their dream this March.

The men's basketball team is also in the tournament after winning the ACC tournament.

The men are a 3-seed, and will face Northeastern on Thursday in Pittsburgh.

Both coaches say both teams need to take it one step at a time.

But the women have home court advantage and Coach McGraw hopes that will help her young team have the luck of the Irish.