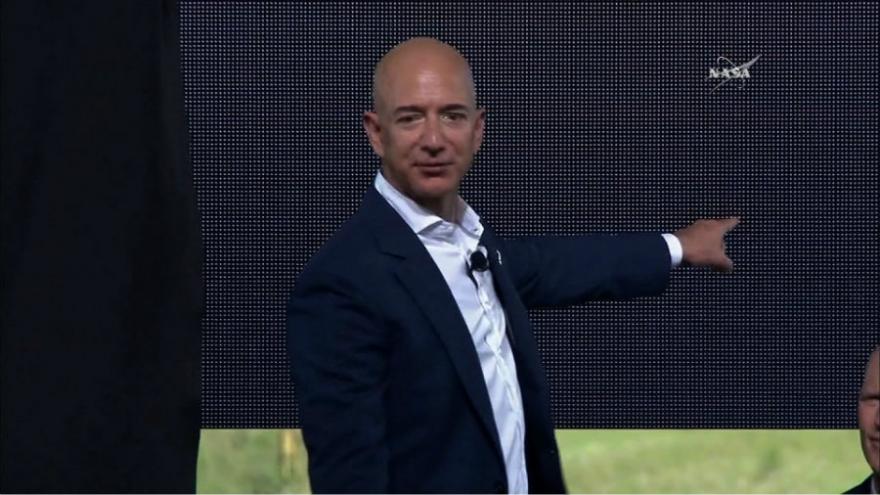 Thanks to a surge in Amazon stock -- the company just announced that it is buying Whole Foods -- Bezos added another $1.8 billion to his net worth, according to Bloomberg.

Bezos is now worth about $84.6 billion total, leaving him just $5 billion shy of overtaking Gates as the wealthiest person in the world.

He has a good shot. Bezos, 53, is focused on aggressively expanding Amazon, while Gates, 61, wants to give most of his money away.

The pledge asks billionaires to commit to giving away at least half of their money during their lifetimes. More than 150 people have signed the pledge, but Bezos isn't one of them.

Gates stepped down as Microsoft CEO in 2000, and further distanced himself from day-to-day operations in the years after. He has been working full time on philanthropy for the past few years with his wife, Melinda.

Gates still owns more than 2% of Microsoft, though, so his net worth has continued to climb.

Meanwhile, Bezos has made it clear that he's not slowing down.

The CEO is famous for his commitment to treating each day at Amazon as if the company is still in its start-up phase.

Even the tagline for his private space company, Blue Origin, speaks to his leadership stye: Gradatim Ferociter. It means "step by step, ferociously."

Bezos has recently hinted at his charitable interests. He posted on Twitter last week asking for ideas for a "philanthropic strategy."