Jeff Sessions: 'I plan to continue' as attorney general 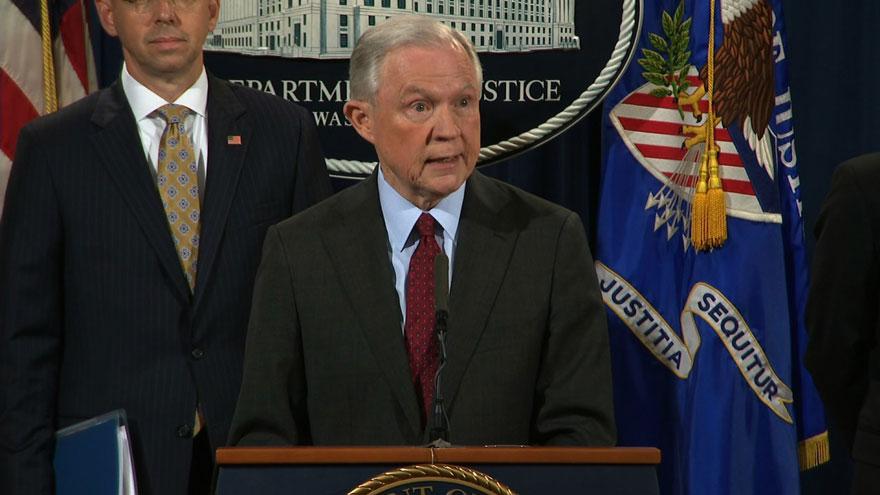 WASHINGTON (CNN) -- Attorney General Jeff Sessions says he plans to continue in his job despite President Donald Trump's comments that he'd have picked someone else had he known Sessions would recuse himself from the Justice Department's Russia investigation.

"We love this job. We love this department, and I plan to continue to do so as long as that is appropriate," he told reporters Thursday.

In a New York Times interview published Wednesday, Trump second-guessed his decision to nominate Sessions, an Alabama Republican who was the first sitting senator to back the real estate mogul's presidential bid.

"Jeff Sessions takes the job, gets into the job, recuses himself, which, frankly, I think is very unfair to the President," Trump said, referring to himself. "How do you take a job and then recuse yourself? If he would have recused himself before the job, I would have said, 'Thanks, Jeff, but I'm not going to take you.' It's extremely unfair -- and that's a mild word -- to the President."

Trump was referring to Session's decision to recuse himself from overseeing the FBI investigation into potential collusion between the Trump campaign and Russia. The attorney general made his decision after it became public that he had previously met on behalf of the Trump campaign with Russian Ambassador to the US Sergey Kislyak during an event at the Republican National Convention, and later in his senate office.

Sessions did not disclose this meeting when he applied for his security clearance. He also did not mention it when he was asked about contact with Russians during his Senate confirmation hearings earlier this year-- which lead to calls for his recusal.

When asked by reporters Thursday how he could continue to serve as Attorney General if he did not have the support of the president, Sessions responded saying, "We're serving right now."

"We had all the major law enforcement leaders in my office yesterday to talk about our unified efforts to improve our crime fighting with state and local officials so I'm totally confident that we can continue to run this office in an effective way."