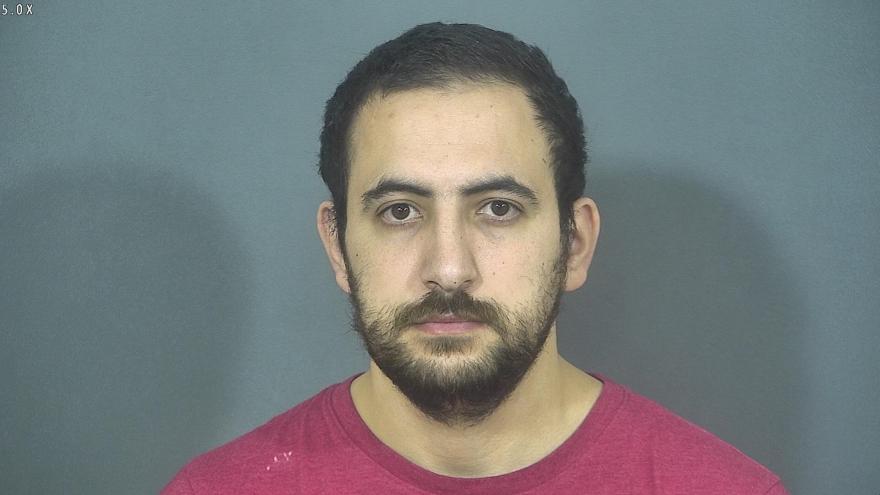 ST. JOSEPH COUNTY, Ind.—A Jordanian national was arrested for allegedly molesting a juvenile under the age of 14-years-old, according to court documents.

On February 11, a woman reported to police that her 12-year-old daughter told her that she had been molested by 25-year-old Khalil Abujaish, also known as Khalil Aub Jaish, at her home in South Bend.

The juvenile described the abuse to staff at St. Joseph Regional Medical Center.

Patrol officers brought Abujaish to the Special Victim’s unit to speak with investigators at which point he denied the accusations made but said he would sometimes carry the juvenile and her butt would be against his face, according to the probable cause affidavit.

Abujaish told police that he would tell the juvenile that “it would be funny to fart in his face when that occurred.” He also told investigators that he would breathe in when she did this, reports said.

On February 12, the juvenile went to the Family Justice Center for a forensic interview, at which point she described the abuse to investigators. The juvenile told investigators that Abujaish had his phone on during the abuse, reports said.

A search warrant was issued for Abujaish’s phone. An analysis of the phone was done by the St. Joseph Cyber Crimes unit and showed videos on the phone that confirmed the victim’s descriptions, according to the probable cause affidavit.

The cached GPS data on the phone showed that the phone was located at the victim’s home at the time the videos were taken, according to the probable cause affidavit.

Investigators then found out that Abujaish had purchased a plane ticket on Royal Jordanian Airway to depart from O’Hare International Airport on February 15.

Abujaish was arrested and booked into St. Joseph County Jail and is being held without bond. He is charged with three counts of child molesting, a level 4 felony.

He is scheduled to be arraigned in court on Monday.