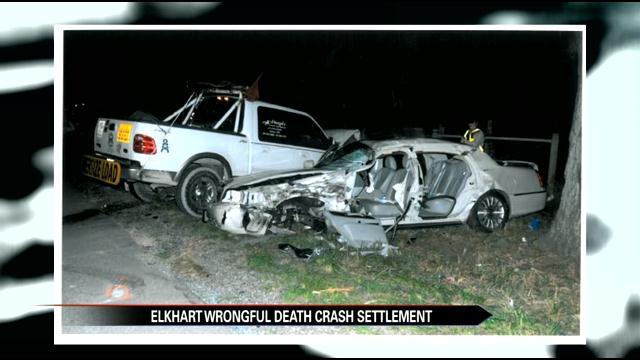 One of the largest crash settlements in state history has been made, and many hope this decision could stop other deadly accidents from happening.

Officials say a semi truck was hauling a piece of a wind tower and was being escorted by three pilot cars.

The plaintiff, Robert Burg, lost his wife Pamela in a three vehicle accident when the semi's load made its way across the center lines, causing a chain reaction.

"The over-sized load by its very nature hung over the center line over two-and-a-half feet into our driver's lane of traffic. And the escorts duty to position themselves in a way as to notify cars coming in the opposite direction how far they had to move over in order to avoid striking it. And the truck driver clearly was in violation of Indiana law which required that he be off the roadway prior to the time this collision occurred," said attorney Stephen Libman.

A judge ruled that simple rules weren't followed, such as the truck driver's inexperience with handling a load of that size, the crew was driving after curfew, and they had no police escorts.

The court ordered the defendants, whose names have not been revealed due to a confidentiality agreement, to pay Robert Burg nearly $13 million.
Share this article: