Llama on the loose on Georgia highway 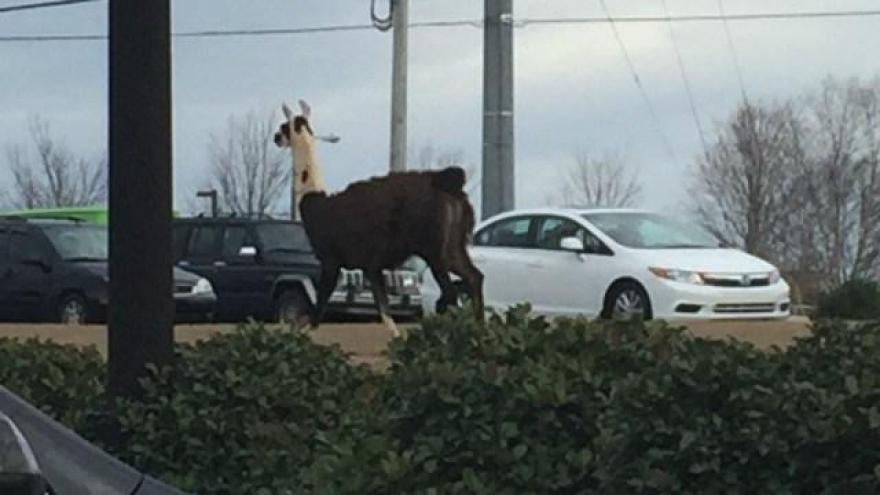 (CNN) -- A Georgia college town isn't the natural setting for a llama, so motorists might have thought they were hallucinating when the wooly creature on the loose caught their eye.

Hannah Martin and her boyfriend, Matt Bridgers, had stopped in traffic Wednesday when they saw the llama casually wandering along Epps Bridge Parkway, a busy thoroughfare outside Athens, Georgia.

"I first spotted the llama about 100 yards away crossing the road and initially thought it was a person," Martin said. "Never would've expected a llama until it started galloping down the median toward us."

Other drivers were also quick to notice the animal native to South America, which seemed unperturbed by the flashing blue lights from a police car. "It's a good day for (Oconee County) cops," one onlooker tweeted.

"The llama happened to get loose and made its way right down our busiest highway," Weems told CNN.

He said no one was injured and there were no traffic accidents on account of the llama.

"We managed to corral it in the dumpster area of a local fast-food restaurant," Weems said.

When the owner arrived, the llama "got right in the van and went home," he said.