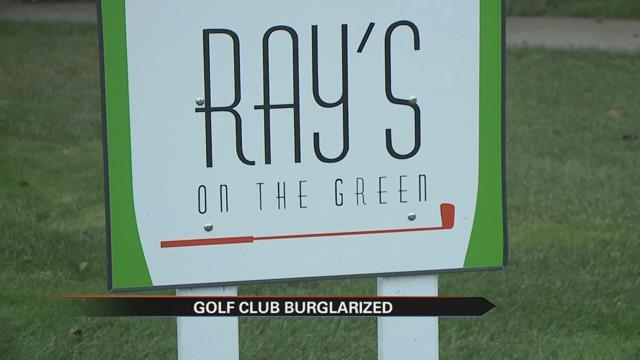 A small business owner is out thousands of dollars after crooks burglarized a restaurant and clubhouse at a golf course.

Ray’s on the Green at Berrien Hills Golf Club had just transitioned to their winter hours, so the restaurant owner is wondering if they were targeted.

The course is located on Napier Avenue by Lakeland Hospital. The owner is hoping someone saw the suspects enter the restaurant between 7:30 p.m. on Tuesday and 7:30 a.m. on Wednesday morning.

When workers showed up to Ray's on the Green to get ready for the day, they found the place had been ransacked and called police.

Ray Mays said, “For a small businessman you go from shift to shift so it’s really a sock in the gut.”

Mays said he opened his restaurant in April, and he estimates the burglary will cost him thousands of dollars.

Mays said, “The devastation rolls in after the shock.”

Mays traced the path of the thieves today trying to find out how this could have happened.

Mays said, “They came in through the back portion window, and then they hit my office and worked their way through.”

Mays said, “They made their way here and took several cases of beer.”

St Joseph Charter Township Police are investigating and according to patrolman Eric Wolff, the thieves left a couple clues behind.

Wolff said, “Our evidence technicians did process the scene, we do have some items but obviously that does take some time to get that information back.”

Mays immediately replaced 4 of the flat screen tv's and some of the liquor that was taken.

Customers in the restaurant are hoping justice will be served.

Jessica Jewell said, “Ray is a great great person and this whole establishment is part of the community, and to have that happen is pretty devastating.”

Crime Stoppers is offering a reward for any tips that can lead to an arrest. The phone number is 574-288-STOP.