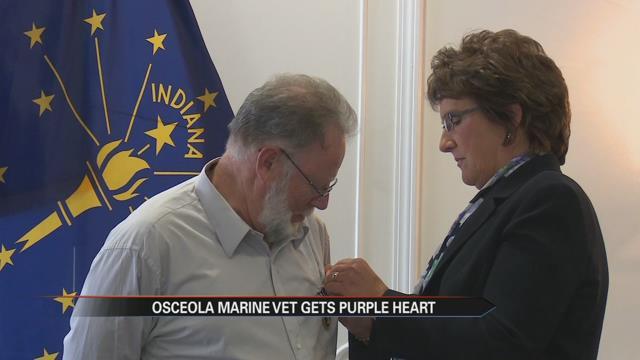 A local veteran received the Purple Heart and other medals he earned but never received Thursday.

Denman decided to become a Marine after being drafted into the Army in 1968.

Based in Quang Tri Province in Vietnam, Denman was manning a defensive position when he sustained a fragmentation wound to his right shoulder from a hostile rocket.

"The country asked me to do a job and I had an obligation at that time, so I said 'Let's go. OK. We'll get her done'," said Denman. "When I got back I was so happy I got down and kissed the ground when I got off the plane and said 'I'm home'".

The Purple Heart is the oldest military award that is still given to members of the U.S. Military, dating back to the later years of the Revolutionary War.