LAPORTE, Ind. -- In 1987, someone abducted a killed 10-year-old Linda Weldy near her home in LaPorte. For 32-years, the case has gone unsolved. However, investigators say they could be on the verge of a breakthrough.

"Was there a reason? Was it a random act? Was it a revenge act? What happened? She was just a little kid living her life. She didn’t deserve this. No child deserves this.” Karen Egolf, Linda Weldy's mother said.

Egolf has been asking those questions for three decades. Who killed her little girl? Since 1987, she says her emotions have been up and down. She constantly relives the agony of losing a child. She also remembers the immense joy of having her daughter for those 10 short years.

“She liked to go fishing and go outside. She liked cats and dogs and other kids. She was just fun. She had a good sense of humor. She was a hoot.” Egolf said. “She liked to watch Mork and Mindy and one thing she liked to say, a catch phrase from the show, the old lady would call everybody a wiener and she would go around and call everybody, ‘You wiener.’”

She was in 5th grade when she went missing. It was February 24th. Linda went to school for the day, then boarded a bus to go home.

“She was let off the bus after going to school and that was the last time she was seen, by the bus driver.” LaPorte County Sheriff's Office Detective Pat Cicero, said.

"Linda went to the mailbox like she usually does. And, then the bus driver took off. And that was the last time anybody had seen her.” Egolf remembered.

That was around 3:00pm at 181 West McClung Road. The mailbox is several hundred feet from her house on the shore of Fishtrap Lake. The house where she lived has since been torn down. A VFW was built in its place. However, aside from being paved, the driveway and terrain is virtually the same. And, while Linda's big brother, William, and Karen Egolf's boyfriend, Robert, were home, they did not see Linda. Karen says that's because of the trees and curvature of the long driveway.

And, while Linda was last seen in the afternoon, she wasn't reported missing for several hours.

“I had just started a new job and I was working second shift. And at that time we did not have a telephone. We had a CB radio.” Egolf said. “I clocked out of work at 11:00pm. And I was on my way home and I got on the CB radio because we also had a base unit. And I called my husband. I said, ‘I’m on my way home, would you like me to pick up anything?’ And he said to me, ‘Did by chance you said to Linda it was okay to stay the night anywhere?’ And I told him ‘No, why do you ask?’ And he said, ‘She didn’t come home.’ I was like, ‘Oh, there’s got to be some misunderstanding.’”

For the next three weeks, Egolf, family and investigators, searched for Linda. Then, on March 17th, there was a knock on Egolf's door.

A farmer found Linda's body 9 miles away from her home. He was clearing an irrigation ditch when he noticed her body.

“She was found on top of an abandoned railroad embankment. So, besides cleaning out the ditch he must of seen something, walked up there, observed her and promptly reported it.” Cicero said.

Cicero has been working on the case since 2004.

“I keep a picture of Linda right behind me, where I sit at my desk.” He said. “This is probably the third generation of detectives, have utilized the information obtained back in 1987 and continued to look at it.”

For 32 years, detectives have gone through the evidence, revisiting the case when new technology is created. Now, they're doing it again. This time, investigators say they believe they have stronger leads.

"Do you think you know who did this." ABC57 asked Cicero. 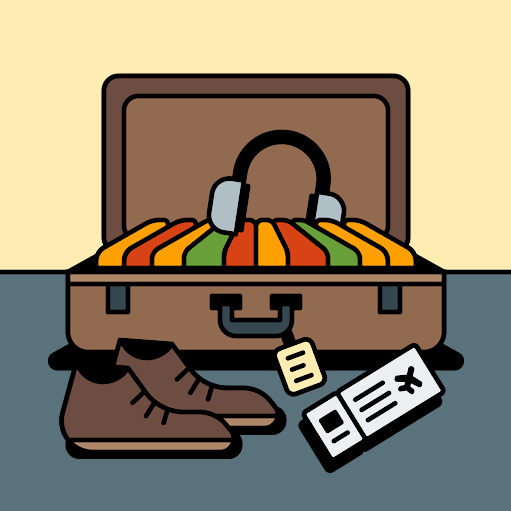 KarenLynn 339 days ago
I want to thank the detectives for not giving up on this case. Linda was a friend of mine. We went to the same school and were in Girl Scouts together. I still remember the day I learned of her death. I am glad knowing the detectives have not forgotten about Linda because I haven’t forgotten. I still think of Linda ever so often.
Like Reply Delete

JimBella 344 days ago
So ...she contacted her HUSBAND on her way home to see her BOYFRIEND (Robert)? IF ...she was quoted correctly (above) that certainly was not a good situation!!!
Like Reply Delete

ConnieValdezMojica 345 days ago
So who did it!!!
Like Reply Delete