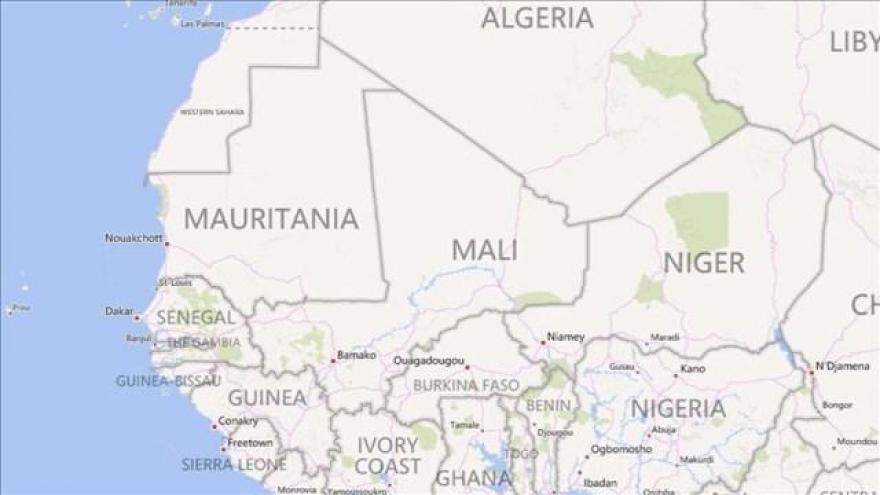 Forty-seven people were killed in the attack in the city of Gao, according to a news release from Mali's Ministry of Economy and Communication. President Ibrahim Boubacar Keita declared a three-day mourning period following the attack.

No claim of responsibility was immediately made. The camp hosts the Malian military and two armed groups -- one involving former rebels, the other comprising pro-government militia -- that signed a peace deal with the government after a 2012 uprising in the north.

The forces are expected to take part in mixed patrols as part of the deal.

"I believe this attack is clearly an unacceptable attempt against the ongoing efforts in Mali to stabilize the country and a direct effort to undermine the peace agreement," said Francois Delattre, France's ambassador to the United Nations. France is the former colonial power in the area.

Mali has struggled with instability and Islamist extremists for years.

An uprising by rebels from the Tuareg ethnic minority began in the country's sparsely populated north in January 2012, followed by a military coup two months later. During the chaos that followed, Islamist extremists who had helped the Tuareg against Malian forces took over a large portion of northern Mali for themselves.

At Mali's request, France sent thousands of troops after the coup to help push out the militants. The United Nations also established a peacekeeping mission to secure the government enough to continue a peace process.

An Algerian-brokered peace deal, which allowed for greater autonomy in the country's north, was signed in June 2015 by the so-called Coordination of Movements of Azawad, representing the Tuareg-led rebels.