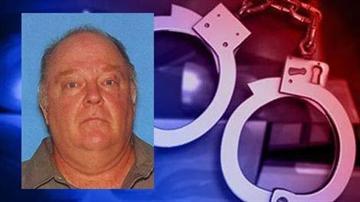 ALLEGAN COUNTY,  Mich. -- A South Bend man was arrested after allegedly attempting to rob a bank in Michigan. He is suspected of robbing five different banks in Indiana and Michigan.

According to the Kosciusko County Sheriff's Department, 59-year-old Dennis Carl Love was arrested during a traffic stop after he allegedly tried to rob the PNC bank in Martin, Michigan.

According to the Allegan County Sheriff's Office in Michigan, Love went to the PNC Bank on December 23 and acted in a suspicious manner. When he returned to the bank on December 27, the bank manager locked the bank door as Love approached.

The bank manager contacted police and gave them a description of the vehicle.

The vehicle, a 1997 silver Ford Escort station wagon, was located and Love was found to be in possession of a concealed handgun.

Love was arrested for carrying a concealed weapon.

During the investigation, detectives determined he was a suspect in several other bank robberies in Michigan and Indiana. The sheriff's office contacted the FBI.

He is accused of five successful and two attempted bank robberies while possessing a handgun, although he never displayed it, according to deputies.

Love was arraigned on 2 counts of attempted bank robbery, two counts of felony firearm and one count of carrying a concealed weapon.