Michigan man accused of walking around grocery store with rifle 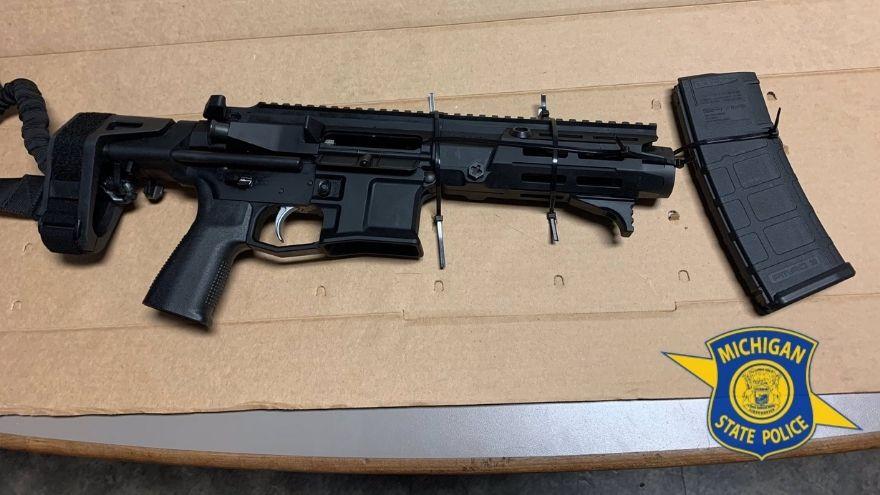 DETROIT, Mich.—A 40-year-old suspect was arrested after police received reports of a man walking around a Michigan grocery store carrying a rifle, according to Michigan State Police.

On October 18, Michigan State Police troopers were called to the Kroger in Royal Oak Township for reports of a man walking around with a rifle around 3:15 p.m.

Witnesses at the store pointed to the armed suspect when police arrived at the scene.

Troopers found the suspect, a 40-year-old man, inside of his car with a short barreled rifle slung over his neck, police said.

When asked if he had other firearms on him, the man told police he also had a pistol under his jacket on his left hip, according to reports.

The man did not have a concealed pistol license and the two fully loaded firearms were seized, police said.

Police arrested the suspect without incident and took him to the Oakland County Jail.