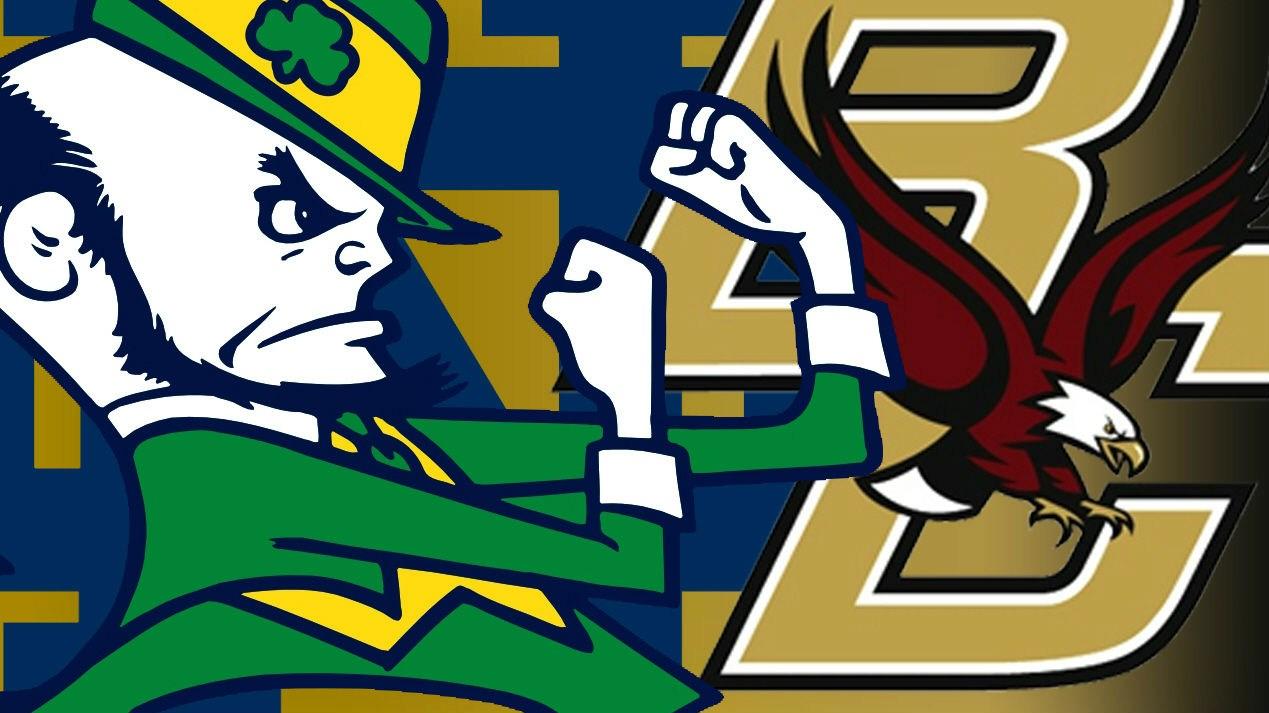 In week 13 of college football, No. 4 ranked Notre Dame plays Boston College at Fenway Park for a night game against the Eagles in the highly anticipated Shamrock Series match-up.

The Irish are currently 9-1 with their only loss being to the Clemson Tigers this season.

The Irish are looking for a win in this big game against Boston College after beating Wake Forest last weekend with a final score of 7-28.

The Irish started off the game with the ball, but Boston College's John Johnson picked off the ball  in the end zone during the Irish's first possession, but not scoring any points.

Irish quarterback DeShone Kizer turned the ball over for the second time with a fumble, giving the Eagles possession.

The call was under review and reversed, giving the Irish control over the ball.

Notre Dame puts points on the board after a 30 yard field goal attempt was good, putting the Irish on top with a score of 3-0 with 5:59 left in the 1st quarter.

In the first quarter, Boston College only had 26 yards of offense.

Notre Dame's CJ Prosise fumbled the ball for the second time at Boston College's two yard line, Eagles recovered the ball but failed to get any points.

At the end of the first half, Notre Dame led Boston College 10-0.

Prosise left the game with an injury.

Boston College's first possession in the second half leads to Colton Lichtenberg kicking a 43 yard field goal with 13:10 left in the 3rd quarter, trailing the Irish 10-3.

Before the end of the 3rd quarter, Chris Brown with the Irish makes a catch in the end zone, advancing Notre Dame's lead over Boston College 16-3 with 1:10 left.

Boston College then gets their first touchdown of the game with Smith runs the ball 80 yards.  The Eagles decide to go for two extra points but fail, trailing the Irish 19-9 with 10:17 left in the game.

With only :54 seconds left in the game, Boston College made the touchdown and extra point, making the score 19-16.

In the end, the Irish held on to defeat Boston College 19-16 in the Shamrock Series at Fenway Park.